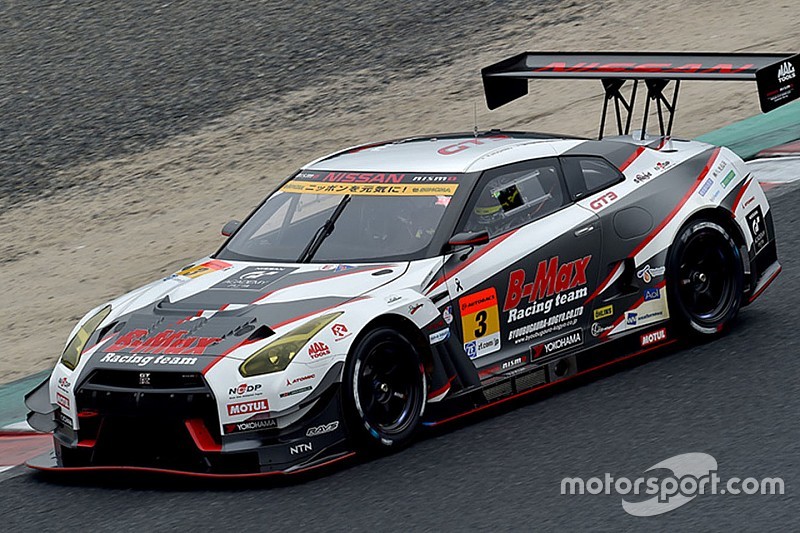 Nissan has revealed all the details of its 2016 global motor racing programme, which includes Jann Mardenborough shifting to Japan for Super GT and Formula 3.

Mardenborough, a former GT Academy winner, finished ninth in last year’s GP3 Series with Carlin. For this year, however, he has been shifted from Europe over to Japan, where he will race in both Super GT and Formula 3.

The Briton will share the NDDP Racing GT300 entry with Kazuki Hoshino, as well as taking a spot in the B-Max Racing Team in Japanese F3.

Mardenborough will be joined at B-Max by Katsumasa Chiyo, who will also double up with a Super GT programme. The Japanese star, however, has been given a promotion to GT500, where he will share a MOLA entry with Satoshi Motoyama.

In Europe, there will be two factory Nissans in both the Blancpain Sprint and Endurance series. The ‘Sprint Pro’ car will be raced by Alex Buncombe and Mitsunori Takaboshi, while Sean Walkinshaw and Ricardo Sanchez will pilot the ’Sprint ProAm’ entry.

Buncombe, Takaboshi, and Lucas Ordonez will drive the ‘Pro’ entry in the Endurance series, with Walkinshaw joined by GT Academy winners Matt Simmons and Romain Sarazin in the ‘ProAm’ car.

In the US, there will be two Nissan-backed entries in the Pirelli World Challenge. James Davison will race an AERNOW GT-R, while Bryan Heitkotter will pilot the GT Academy car.

“This year three of our young NISMO Athletes will be making the step up to higher categories, with Chiyo advancing into the GT500 class, Mardenborough moving up to the GT300 and Takaboshi taking on the challenge of the Blancpain Endurance and Sprint Series,” confirmed Shoichi Miyatani, CEO and president of NISMO.

“While we continue to have high hopes for the success of these young drivers, we are also diligently progressing with development and testing to ensure that the supremacy of the GT-R is felt worldwide, which will further strengthen its brand image.”