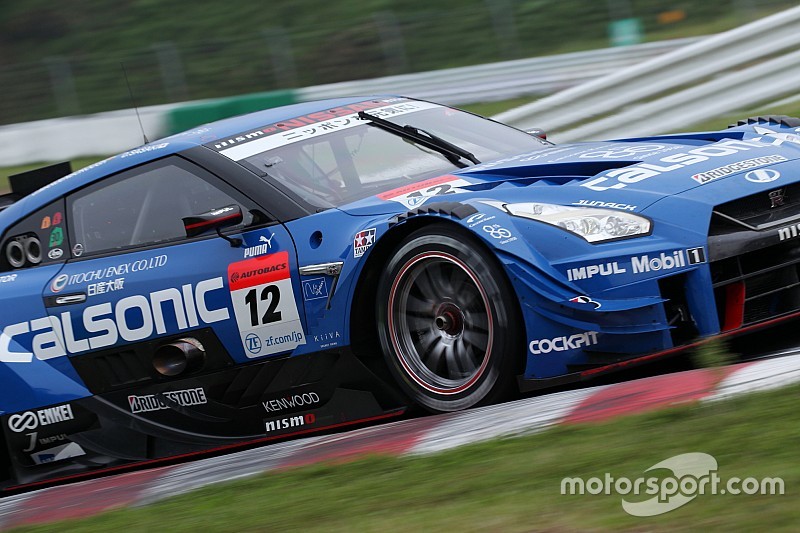 Mardenborough and Impul teammate Daiki Sasaki led the majority of the Fuji 500-mile race last month, only for a loose pipe to throw them out of contention in the final hour.

The Anglo-Japanese pair found themselves in a position to win again at Sugo after Mardenborough managed to pass the Kunimitsu Honda of Jenson Button and Naoki Yamamoto to move into the lead.

However, a slow pitstop dropped them back to second, before overheating issues - a direct consequence of Sasaki picking up grass in an off-track excursion - meant they had to turn their attention to securing a podium spot rather than chasing Button and Yamamoto for victory.

“I was able to catch the Raybrig and brake late. I thought I was going off the track because I was going so late for Turn 1 but managed to make it work and then pull a gap maybe a second or two seconds and hand over to Daiki.

“I did my job. I got in the lead and tried to build a little gap. It was fun and it was fun and tough. I don’t want to talk about [Sasaki’s stint] I mean after, it’s not my position to say.

“I don’t know how much weight we go to Autopolis with, but we got our first podium. I’m happy for that. Yes, championship is gonna be tough now because Raybrig won. They are really pushing hard. But we’ll do our best for Autopolis.

"We had a really good test there a couple of weeks ago. We go there fighting again for revenge again.”

Mardenborough says he expected Impul to be quick around Sugo after two tests in the run-up to the race, but was equally wary of a strong showing from rival Honda teams.

“The car was good. We knew the car was going to be good coming to this race,” he said. “We had a good two tests after Fuji, here [Sugo] and Autopolis. And [at] Autopolis we found some new settings which was really good. It worked well here at Sugo.

“So yeah, this track is like Suzuka. And [both] Sugo [and] Suzuka [have] high-speed corners, Honda’s always very fast here.”