Matsushita bullish for Okayama: "We can be top three easily"

Honda driver Nobuharu Matsushita feels he can "easily" finish inside the top three in the opening round of the new SUPER GT season next month at Okayama following a strong winter of testing with Real Racing.

Matsushita has returned to Honda for the 2022 season after a single GT500 campaign last year with Nissan, joining Koudai Tsukakoshi at the wheel of Real's Astemo-branded #17 Honda NSX-GT in place of Bertrand Baguette.

The Real pairing have enjoyed a strong winter, with Matsushita topping both afternoon sessions in Okayama pre-season testing (with the third-best time overall) and Tsukakoshi setting the third-fastest time in the final session last weekend in a rain-affected Fuji test.

While acknowledging that he and Real "have some work to do", Matsushita was bullish about his prospects of success in next month's season opener.

"At Okayama we did a really good job in the test, so I am really excited about Round 1," Matsushita told Motorsport.com. "I think we will be very competitive. Let’s see how Nissan and Toyota go there, but I am optimistic and excited as well.

"We are ready to take at least a top five, top three. Then for sure I’d like to be P1. Let’s see, but I think we can be top three easily."

Asked about his seemingly high confidence, Matsushita replied: "Our car was good, so it’s stupid to worry too much. I prefer to be positive and confident, that’s the best way. I’ll just do what I can do and that’s it." 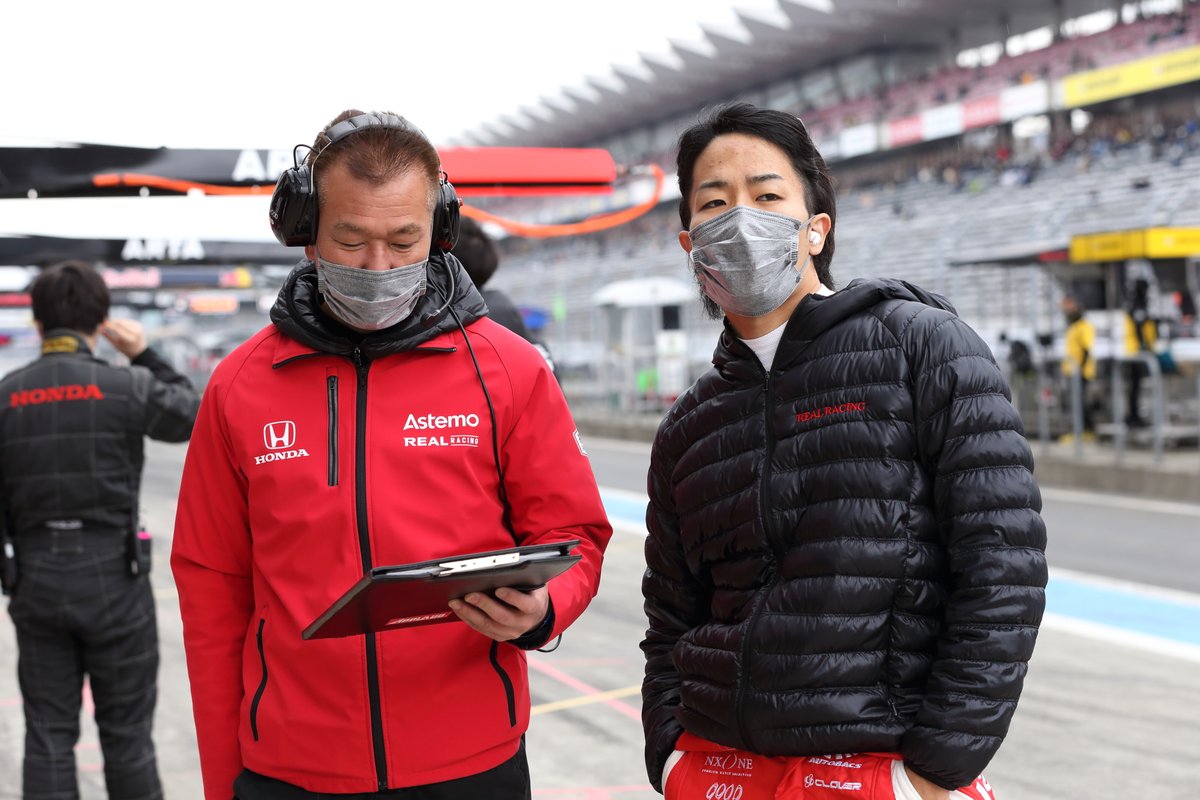 Matsushita was a race winner in his first season of GT500 competition last year with Team Impul, helping to end a five-year victory drought for the legendary Nissan squad at Sugo alongside Kazuki Hiramine.

However, Matsushita said he was relishing being able to compare data with fellow Bridgestone Honda teams Kunimitsu and ARTA after a season of being with the sole Bridgestone-using team within Nissan.

"It’s always fun to drive with a fast car, you don’t need to make so much effort with hard driving!" he enthused. "It’s also good to have a lot of competitive cars in Honda.

"Last year in Nissan, we were the only one on Bridgestone tyres, now we are three. It’s quite hard competition, but I think we can beat them."

As he takes on a dual SUPER GT/Super Formula campaign with Honda for the first time, Matsushita is searching for a first championship victory since his 2014 triumph in All-Japan Formula 3.

"Now I have a good chance with Honda, so I’d like to prove myself," said the 28-year-old. "I always want to be challenging for titles, that's what I'm here for.

"Also, I want give the results back to the people who believed in me. I want to repay the faith [Honda] showed in me."