Honda SUPER GT squad Mugen has revealed a new special black livery for pre-season testing, while also confirming its switch to Dunlop tyres for the 2021 season.

Now the team has confirmed the move on the eve of the first official pre-season test at Okayama, while also revealing the colours it will use for that test and the following Fuji test.

Red Bull came on board as Mugen's title sponsor last year, and the team sported a special white colour scheme for pre-season testing before reverting to the energy drink firm's traditional blue-and-yellow for the start of the season proper. 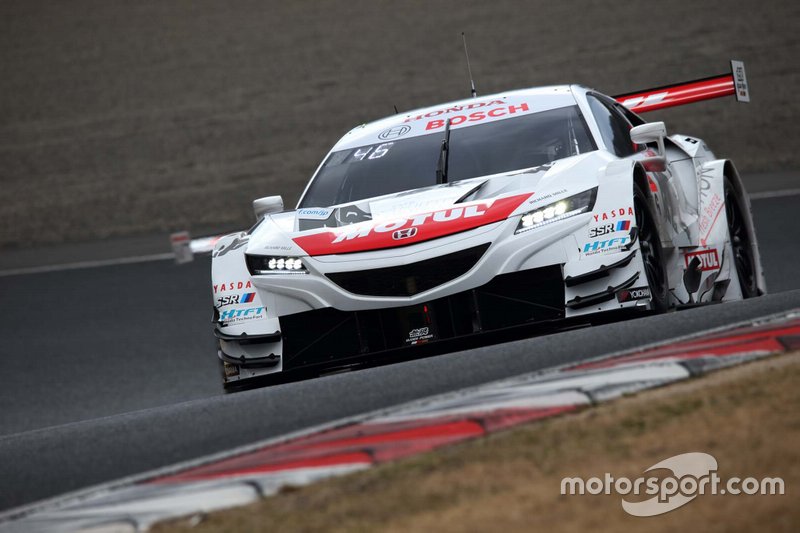 Ukyo Sasahara and Toshiki Oyu will share driving duties for Mugen this season, with Oyu stepping up to the GT500 division after racing for ARTA in the GT300 class last year.

Oyu replaces Hideki Mutoh in the team, giving Mugen the youngest line-up in the Honda stable.

Mugen becomes the second Honda team to use Dunlop tyres after Nakajima Racing, also giving the British brand two cars in GT500 for the first time since 2010.

Yokohama meanwhile is down to two cars for the 2021 season, supplying only the Kondo Racing Nissan and the Bandoh Racing Project Toyota squads.