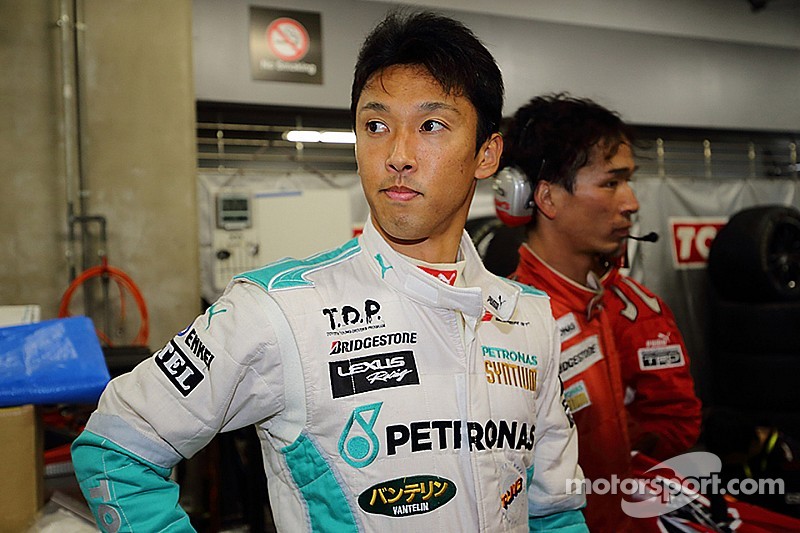 In the GT500 class, the PETRONAS TOM'S RC F, driven by Kazuki Nakajima and James Rossiter, started from pole position and ran relentlessly to their first win of the season. In the GT300 class, the No. 60 TWS LM corsa BMW Z4 (Akira Iida, Hiroki Yoshimoto and Shinya Sato) won the race in their debut season.

I was able to get us pole position yesterday, but I still didn't feel certain that we could win today's race

The International Suzuka 1000km race with its longstanding tradition was held for the 43rd time this year. Competed over a distance of 1,000 km, this is the SUPER GT series' longest race. Held each year in the midst of the hot summer season, this is certainly the toughest race on the annual GT schedule.

A thin layer of clouds hung over the Suzuka circuit today. With the air temperature at 27-degrees C. It was a relatively cool race day for the Suzuka 1000km. The raced developed into an exciting duel between the pole-starting No. 36 PETRONAS TOM'S RC F (James Rossiter) and the 2nd-position qualifying No. 17 KEIHIN NSX CONCEPT-GT as they pulled away from the field with the lead changing hands between them time and again.

As the race was entering its middle stages around lap 87, the KEIHIN NSX CONCEPT-GT (Koudai Tsukakoshi) was pushing the pace in an attempt to turn the tables on the leading PETRONAS TOM'S RC F on the lap when it made its routine pit stop, but that attempt backfired when Tsukakoshi ran off the track at the Suzuka's difficult 130R high-speed curve.

The resulting crash damaged the rear of the No. 17 machine severely enough that its race ended there. The next car to challenge the PETRONAS TOM'S RC F was the No. 23 MOTUL AUTECH GT-R (Tsugio Matsuda/Ronnie Quintarelli).

This season, the three competing carmakers in the GT500 class have all fielded new machines. In the six races so far the Lexus RC F has now won three to lead the contest of the new machines. This marked the third GT500 win for the team of Kazuki Nakajima and James Rossiter, and their first this season.

In the GT300 class, the pole-starting No. 55 ARTA CR-Z GT (Shinichi Takagi/Takashi Kobayashi) and the No. 60 TWS LM corsa BMW Z4 (Akira Iida/Hiroki Yoshimoto/Shinya Sato) staged a head-to-head battle for the lead up until the 120th lap of the race. From around the 143rd lap, however, the ARTA CR-Z GT developed machine trouble that caused it to lose speed.

With this new team, our goal has been to get one win, but I never thought we could do it at the Suzuka 1000km

This took the pressure off the TWS LM corsa BMW Z4 and allowed it to cruise on to victory unchallenged. For the team, this was their first GT victory.
(Spectators: 36,000)

"I was able to get us pole position yesterday, but I still didn't feel certain that we could win today's race. But, we were able to run according to our strategy today and that brought us a better result than I had expected. For James [Rossiter] and for me, this is our first Suzuka 1000km victory and I am really happy with this. Having set the fastest lap of the race and kept firm control of our lead over car No. 23 [MOTUL AUTECH GT-R] in the important first lap after our pit stop. And, in the end being able to run his two stints without trouble, today was really James' day."

"Today's race felt very good. In my first stint I had some trouble with traffic that made for some hard going, but in my second stint we had managed to put some distance between us and our rivals, but I still kept pushing hard. I am grateful to the Lexus staff for preparing such a good car for us and to Bridgestone for preparing us some great tires. Our strategy was to not try to save fuel and finish the race in five stints but to push hard all the way and run a full six stints, and to be honest, I was not hoping for anything more than a podium finish. I feel great that we ended up getting the win."

"I thought this 1000 km would be a long race, but now that it is over it seems to have passed in a moment's time. After yesterday's qualifying, I never expected that we would be here today at the winners' press conference. With this new team, our goal has been to get one win, but I never thought we could do it at the Suzuka 1000km. However, considering the contents of our race, there were some mistakes that we made out there, so it is difficult to simply be happy that we got our first win. But, in the end the team made up for our driving mistakes and made this first win a victory for everyone on the team, so I am very happy with it."

"Yesterday morning the machine wasn't running [well] at all, and we had troubles before the race such as getting the parts we needed, and we couldn't even mount the new engine in the machine until Friday. But, today the machine's balance was good from the beginning, and we had the best tires that performed well throughout the stints. With the exception of the last stint, I was pushing all the way. There is an image that the JAF GT300 machines are fast on the high-speed 130R curve, but in fact the BMW is very fast there too. That is why I was able to pass our rivals several times there today. I am very glad that we have won the Suzuka 1000km."

"I wasn't able to drive today, but I tried to give support to the two other drivers in the pit in ways that only another driver can. I am glad that they gave me the chance to see the wonderful view of the winners podium, and because of this, I want to be able to drive too next time and see it again."