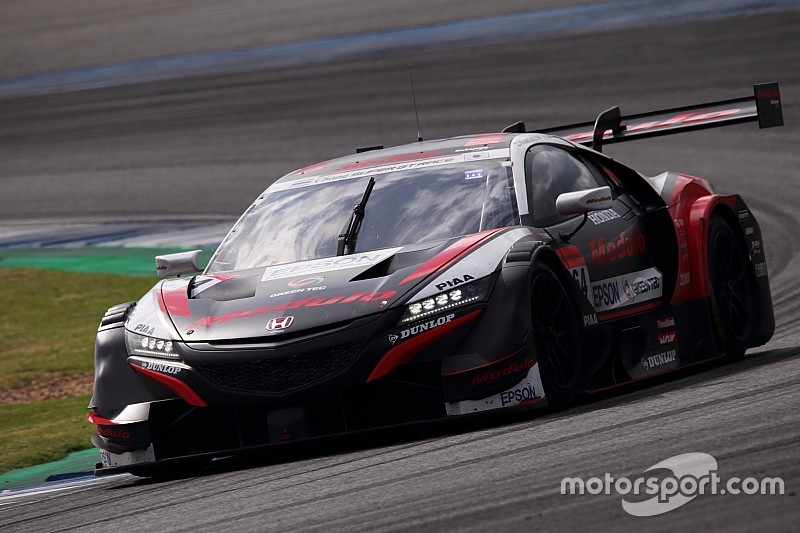 Former Indian Formula 1 driver Narain Karthikeyan is hoping for a change of fortunes after a difficult start to life in Japan’s SUPER GT series.

Karthikeyan switched to the world’s fastest sportscar racing series at the start of 2019, signing up for a factory Honda drive with Nakajima Racing.

However, the Satoru Nakajima-owned squad has turned out to be one of the slowest teams on the grid this year, with the gap to the rest of the field particularly amplified in qualifying.

That means Karthikeyan and teammate Tadasuke Makino sit 14th in the championship, with a trio of 10th place finishes in the first four races.

The 42-year-old admits that his team has struggled for pace so far, but is hoping for an upturn in form in the second half of the season.

“Yeah, the racing is quite different of course because after some laps you catch up with the [GT]300 cars,” Karthikeyan told Motorsport.com prior to last weekend’s Thailand race. “And also the first three races our tyre was not performing very well.

“So it’s been quite a difficult start to the season. But I hope from now it’s getting better and better. That’s all I can hope.”

SUPER GT is one of the few remaining series around the world that continues to embrace a tyre war, with four different manufacturers competing in the top-tier GT500 category.

Much of Nakajima Racing’s struggles have been down to the Dunlop tyres with which it has an exclusive contract.

After early season troubles, Dunlop tyres were expected to shine in the hot conditions at Buriram, but an off-weekend for Honda meant Karthikeyan could only finish 10th.

“Yeah, it’s quite a special series - so many tyres manufacturers,” he said. “Very narrow window, sometimes our tyres are working, sometimes not working very well.

“We are trying to close that window and make sure every track the tyre is working better and better. We have good people from Dunlop who are helping us, we hope for the best.”

Karthikeyan will next be seen in action at the Fuji Speedway in early August for the longest race of the year - and one that awards bonus points.