Nissan has expressed an interest in trying out members of its Formula E stable in SUPER GT machinery as it looks to recruit more drivers from abroad in future seasons.

The Japanese manufacturer has a long history of employing international talent in its GT500 line-up, having won titles with the likes of Erik Comas, Michael Krumm, Richard Lyons, Benoit Treluyer and Ronnie Quintarelli.

However, the onset of the global coronavirus pandemic in 2020 made it much more difficult for drivers to enter Japan from overseas, largely limiting testing opportunities to drivers already in the country.

As Japan's border restrictions are slowly eased, Nissan says it is keen to get more drivers from abroad to sample its SUPER GT cars once again, with its now-wholly owned Formula E team an obvious source of new talent.

Nissan’s SUPER GT executive director Motohiro Matsumura says that he wants to offer test chances to the marque's Formula E drivers, raising the prospect of a tryout in the Z GT500 car for Sebastien Buemi and Maximilian Gunther.

Buemi testing for Nissan in Japan could be problematic however owing to his close ties with rival marque Toyota, for which he races in the FIA World Endurance Championship.

"This COVID-19 situation makes it difficult to hire young drivers from foreign countries," said Matsumura told Motorsport.com. "But we are still very interested in drivers from outside Japan.

"When things return to normal, I will be communicating with the European side to find some good drivers. If our Formula E drivers are interested in GT500, also we want to check if they can adapt to GT500. They could be good candidates for a future drive here.

"At the moment the FE schedule is very busy so it’s not possible for one driver to do both series, but if they are interested, we are keeping the doors open."

Matsumura added he wants to also provide opportunities for its current SUPER GT drivers to try out Formula E machinery, but the lack of a scheduled rookie test makes this unlikely to happen in 2022. 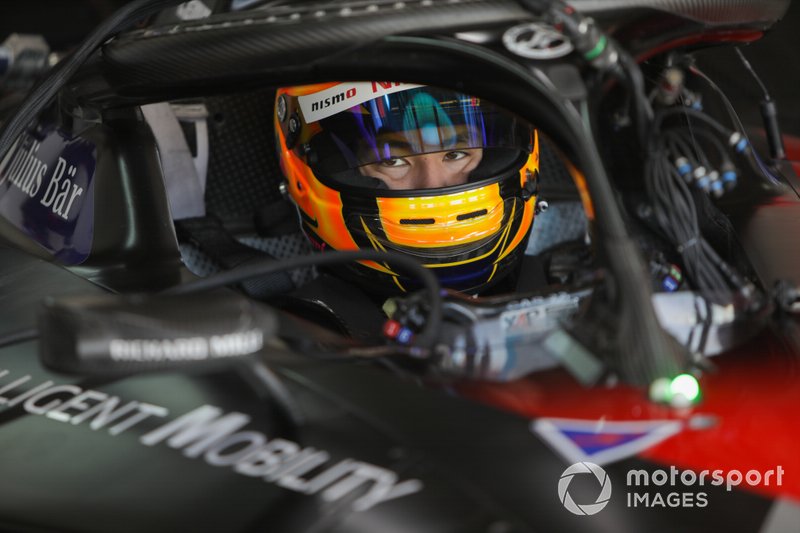 Mitsunori Takaboshi, who currently drive for Nissan's NDDP Racing squad in Japan, appeared in the most recent FE rookie test at Marrakesh in 2020.

Takaboshi officially remains on Nissan's books in Formula E as test and reserve driver, while Jann Mardenborough, axed from the marque's GT500 line-up after 2020, is the team's official simulator driver.