Nissan says it is encouraged by the pace its GT-Rs displayed in last weekend's Okayama SUPER GT opener despite failing to achieve a higher result than ninth place.

On a weekend dominated by Toyota, which locked out the top five in qualifying and the top four in the race, Nissan's best performer was the #3 NDDP/B-Max Racing car of Katsumasa Chiyo and Kohei Hirate that qualified 10th of the 15 GT500 runners and finished ninth.

The only other GT-R to finish inside the points was the #12 Impul car of Kazuki Hiramine and Nobuharu Matsushita in 10th after a spin during Hiramine's stint on lap 50 of 82.

That came during an incident that removed the flagship #23 NISMO machine from contention after Ronnie Quintarelli had progressed as high up the order as sixth from 12th on the grid.

"Just looking at the results, it’s unfortunate," Matsumura told Motorsport.com. "But the laptimes during the race were not so bad. The time difference between fourth and ninth place at the finish was [just over] three seconds after 300km.

"The #23 car also got as high up as sixth at the start, but unfortunately here at Okayama space is very tight in the pitlane, which is why we lost all the time [before the race-ending incident]. That can happen in racing sometimes, but next time we need to avoid such time losses.

"If you look just at the pace of the #23 car, it was very close to the queue of cars battling for fourth position. In terms of the impression of the car’s development status, I’m quite confident, and [Michelin’s] tyre development has also proceeded a lot.

"Also, the #3 and the #12, which unfortunately spun but still got a point in 10th, were even faster [by best laps]. Now we will look ahead to Fuji and Suzuka, which is also our car’s favourite track."

Quintarelli told Motorsport.com after last month's Fuji pre-season test he was feeling confident for the 500km Golden Week race at the same track, despite playing down his prospects for Okayama.

Asked whether he felt Nissan could be in a position to fight for the win at the track, Matsumura said he was heartened by the relatively small top speed advantage of the GR Supra at Okayama.

"The Toyota is a low-drag machine and is always strong on straight line speed, that is their strong point," said Matsumura. "But in qualifying there was quite a small discrepancy between Toyota and us in terms of top speed.

"I think we can give a more aggressive challenge in the next round." 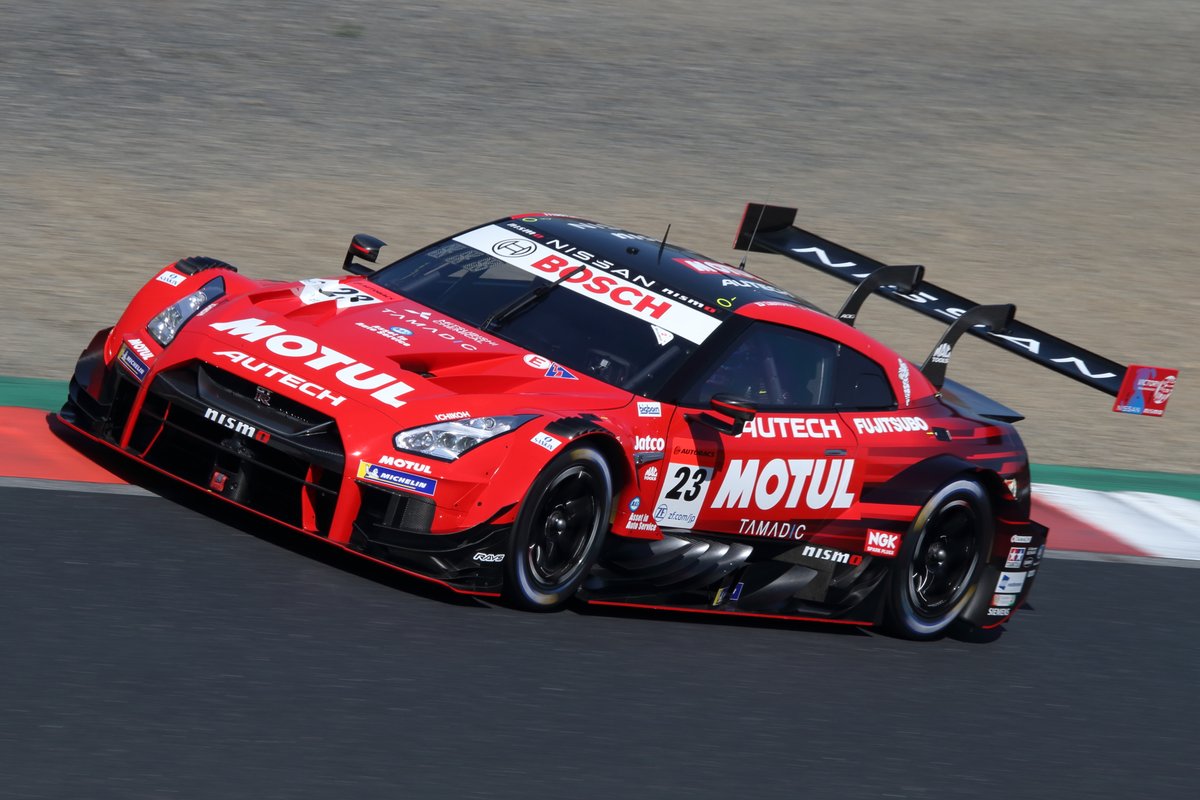