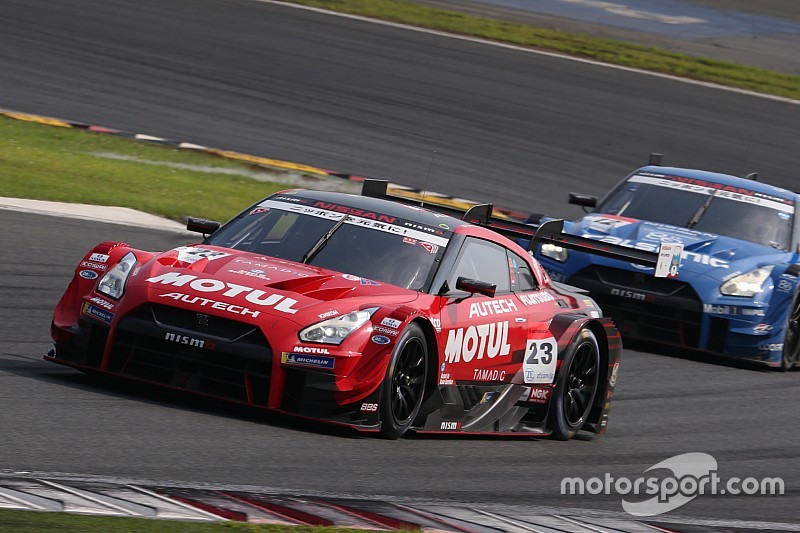 Makowiecki briefly raced for Honda in Super GT between 2013-14, while Rossiter has been a permanent member of Lexus/Toyota camp for five years.

The two have been inducted into Nissan’s Super GT line-up after a shootout session at Fuji Speedway in December, where they were joined by Mercedes DTM refugee Daniel Juncadella.

Rossiter will drive for Impul alongside team stalwart Daiki Sasaki, while Makowiecki will team up with Kohei Hirate at B-Max.

Hirate, like Rossiter, joins Nissan after a long stint at Lexus - including two GT500 titles with the luxury car manufacturer in 2013 and '16.

Despite reports to the contrary, GT Academy graduate Jann Mardenborough will stay with Nissan for another season, although he has been moved across to Kondo Racing alongside Mitsunori Takaboshi.

Both Tsugio Matsuda and Ronnie Quintarelli have been retained at NISMO, with Nissan electing to maintain the partnership that won back-to-back titles in 2014 and ‘15.

As part of the shake-up, three drivers have been dropped from Nissan’s Super GT roster.

Satoshi Motoyama will bow out of the series after 22 seasons and three titles, while Bathurst 12 Hour winner Katsumasa Chiyo is also leaving to pursue an international career in GT3 racing.

Fenestraz, who has since been dropped by Renault, is set for a dual 2019 programme in Japan that also includes a campaign in the All-Japan F3 series.

DTM/Super GT set for only one standalone joint race