Nissan SUPER GT driver Tsugio Matsuda says he thought he had almost been lapped when he assumed the lead of last weekend’s Suzuka race.

Matsuda was able to begin his stint at the head of the field as a mid-race safety car fell at the perfect time for he and NISMO teammate Ronnie Quintarelli, who had started the race from the back of the GT500 field following Matsuda’s qualifying crash.

Quintarelli, who had been running 12th, ducked into the pits at the end of lap 22 of 53, moments before a collision between the #3 B-Max/NDDP Nissan and the Saitama Toyopet Toyota GR Supra GT300 brought out the safety car.

Matsuda was then able to withstand pressure from the Impul Nissan of Kazuki Hiramine to score his and Quintarelli’s second win of the season, following their victory during SUPER GT's first visit of the year to Suzuka back in August.

“I knew that Ronnie had raised his position, but when we changed drivers and I exited the pits, I could see cars #12 and #8 [the Impul Nissan and the ARTA Honda of Nirei Fukuzumi] in the rear-view mirror,” recalled Matsuda of the pivotal moment of the race.

“At first, I thought, ‘I'm glad I didn't go a lap down.’ I was a little surprised when I was told on the radio that I was in the lead. But as the safety car continued, I persuaded myself that I could escape at the front if I made a good restart.”

Quintarelli said the laps he had in clean air before his stop were crucial to Matsuda being able to resume at the head of the field, and that he and Nissan had prepared to react to a safety car period due to the frequency of cautions seen so far this season so far.

“When I came through 130R [on lap 22] the radio was not working well, so I asked the team as I arrived at the chicane,” the Italian recounted. “Then I was told, ‘It looks like there’s going to be a safety car, pit in!’ and I headed for the pitlane.

“Then I was praying that the pits wouldn't be closed [as I arrived], and when Matsuda left the box I prayed the pit signal at the exit would not change.” 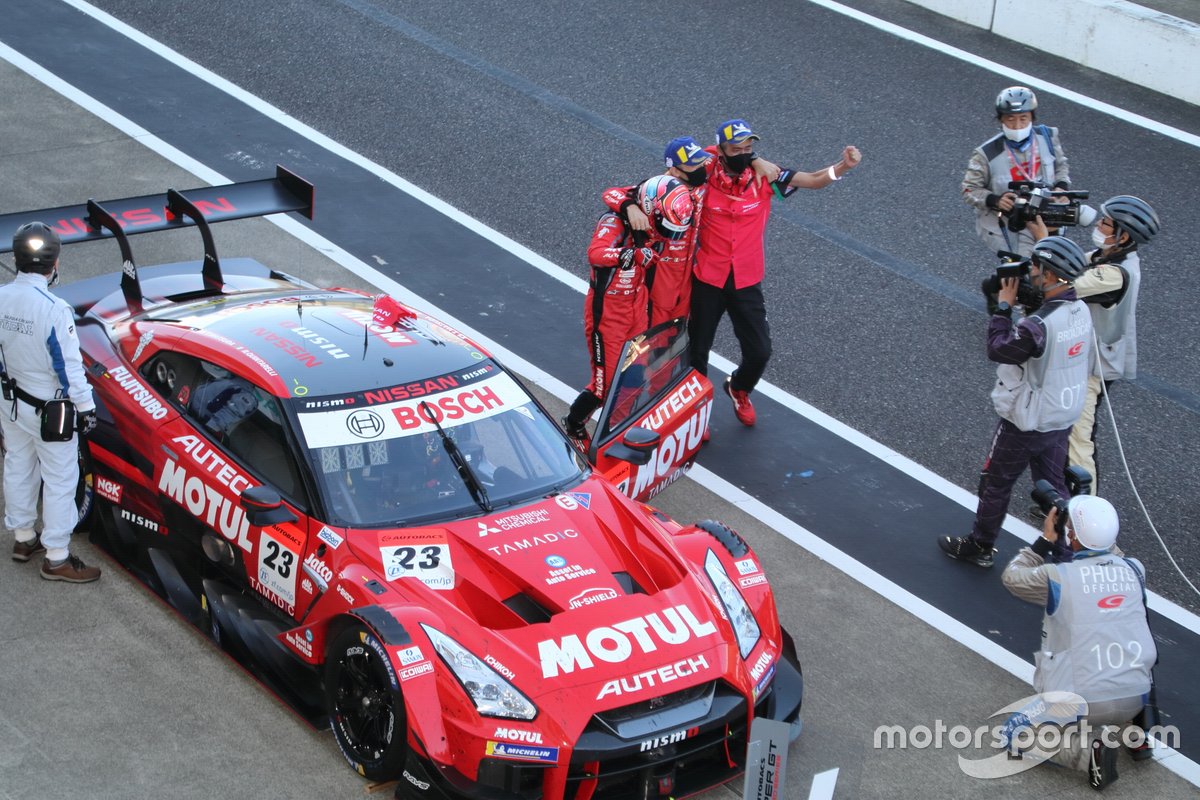 The victory marked Matsuda’s 22nd in GT500 competition and a 17th for Quintarelli, who moves clear of Satoshi Motoyama into third in the all-time list.

“I managed to get the 21st win in August [at Suzuka], but I didn’t think I would get a 22nd this year,” said Matsuda, who is now three wins clear of nearest rival Yuji Tachikawa.

“But now I’ve come this far, I want to win again and make it 23, which would be ‘Nissan’ [23 is Nissan’s traditional race number owing to its pronunciation of ‘Ni-san’ in Japanese].”

Quintarelli then joked that he would not be able to catch up with Matsuda’s benchmark while the pair remain teammates, to which two-time title winner Matsuda quipped in response: “But Ronnie has been a champion many times [four] and I can’t catch up either!”

Victory leaves Quintarelli and Matsuda third in the standings with two races to go, two points adrift of Cerumo Toyota pair Sho Tsuboi and Kazuya Oshima at the head of the table.

However, the NISMO crew has struggled for form this season outside of Suzuka, having only managed a best finish of eighth in the four races held so far at Fuji or Motegi.

“The handicap weight will be halved in the next race at Motegi, and will become zero for the final round at Fuji,” said Quintarelli. “If you can’t fight at the front on merit, of course it will be hard to win the title.” 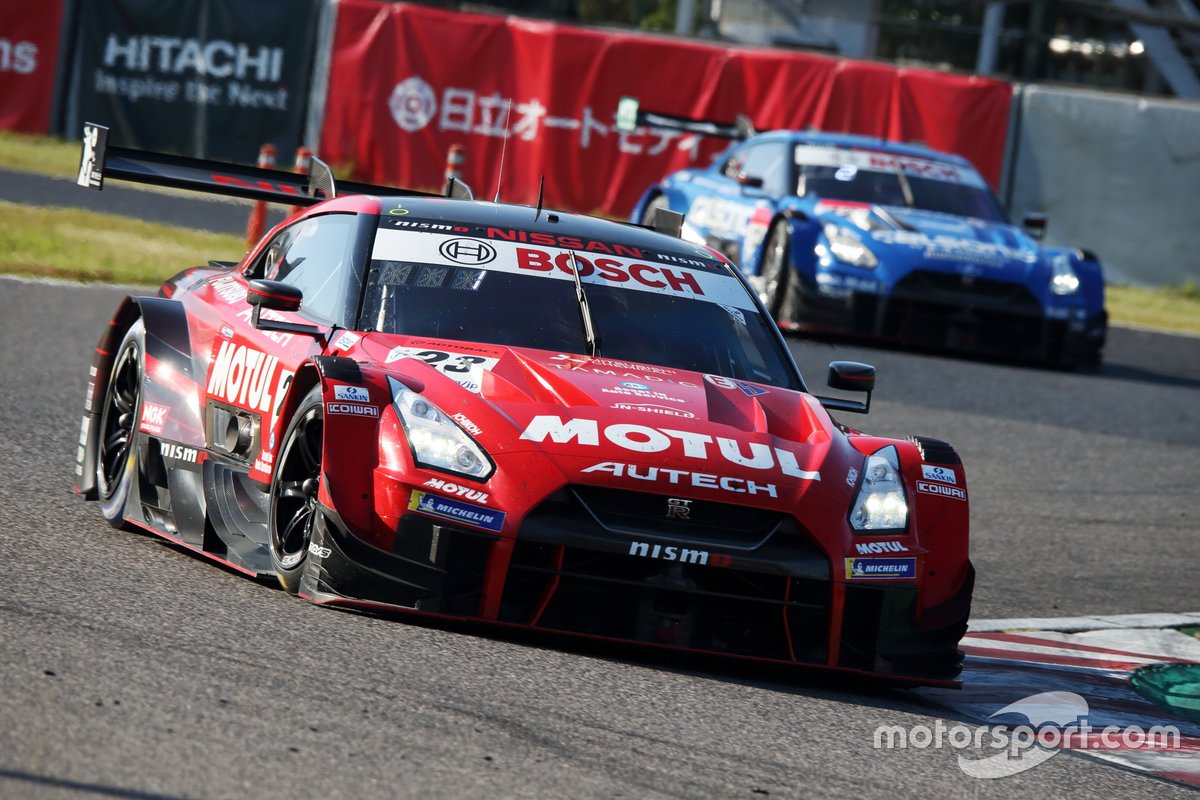