Nissan was once a prolific backer of young talent both in Japan and abroad, providing a pathway for many promising youngsters to reach SUPER GT's top class. We sit down with the last driver to have emerged this way.

When you think of young driver programmes in Japan, it’s usually those of Toyota and Honda that spring to mind first, especially with talented youngsters Ritomo Miyata, Toshiki Oyu and Sena Sakaguchi making their mark in SUPER GT and Super Formula – or even Yuki Tsunoda going from Honda junior in Formula 4 to an AlphaTauri seat in Formula 1.

In fact, the 10 youngest drivers in GT500 right now all either belong to Toyota or Honda, with the youngest Nissan driver, Nobuharu Matsushita (a product of Honda’s junior scheme) just missing the cut. And of the 10 oldest drivers in the class, four belong to Nissan, which has the highest average age of GT500 driver at 33 compared to 31 for Toyota and 29 for Honda.

It wasn’t always like this though. Nissan used to be a major backer of young talent, both through its Nissan Driver Development Programme (NDDP) scheme, that brought through the likes of Hironobu Yasuda, Katsumasa Chiyo and Daiki Sasaki and the GT Academy programme that gave Luca Ordonez and Jann Mardenborough the chance to enjoy spells racing in Japan.

The NDDP lives on, albeit in a more behind-the-scenes guise these days, with the focus having shifted to placing drivers with NISMO customer teams in the GT300 class instead of funding drivers directly to race in categories like All-Japan Formula 3 (now Super Formula Lights).

The most recent driver to have come through the NDDP system that way is Mitsunori Takaboshi, who at 28 years old is the second-youngest Nissan GT500 driver after Matsushita. Picked up by Nissan in 2010, he spent three years in the entry-level Formula Challenge Japan series, before progressing to All-Japan F3 and later the GT300 class of SUPER GT.

After a year spent mostly in Europe as part of Nissan’s works Blancpain GT Series programme in 2016, he returned to F3 and SUPER GT full-time in ’17, winning the title in the former (pictured above) and earning himself a promotion to Nissan GT500 roster in 2018.

He was placed at Kondo Racing, which is where he remains today, now in his fourth season at this level and sharing a cockpit with fellow NDDP graduate Sasaki. But it would be putting it mildly to say the season hasn’t gone to plan so far, with Takaboshi and Sasaki the only GT500 pairing yet to score a point after the first three races of the season.

Takaboshi puts Kondo’s struggles down to being the only one of the four Nissan teams to use Yokohama tyres, saying the difficult process of ‘matching’ the rubber with the latest-spec GT-R introduced last year, a process that has taken longer amid a revolving door of chief engineers.

“So far it’s been difficult,” Takaboshi told Motorsport.com. “The reason is that from last season the rules changed and the car changed, and we haven’t been able to match the setting of the car and the tyres for the regulations, so the results haven’t been coming.

“Also, the engineer has changed last year [from Toshiomi Oeki, now chief engineer at fellow Nissan team Impul, to Keisuke Negishi] and again this year [from Negishi to long-time Cerumo man Takuji Murata], so we still have to get used to communicating with each other.” 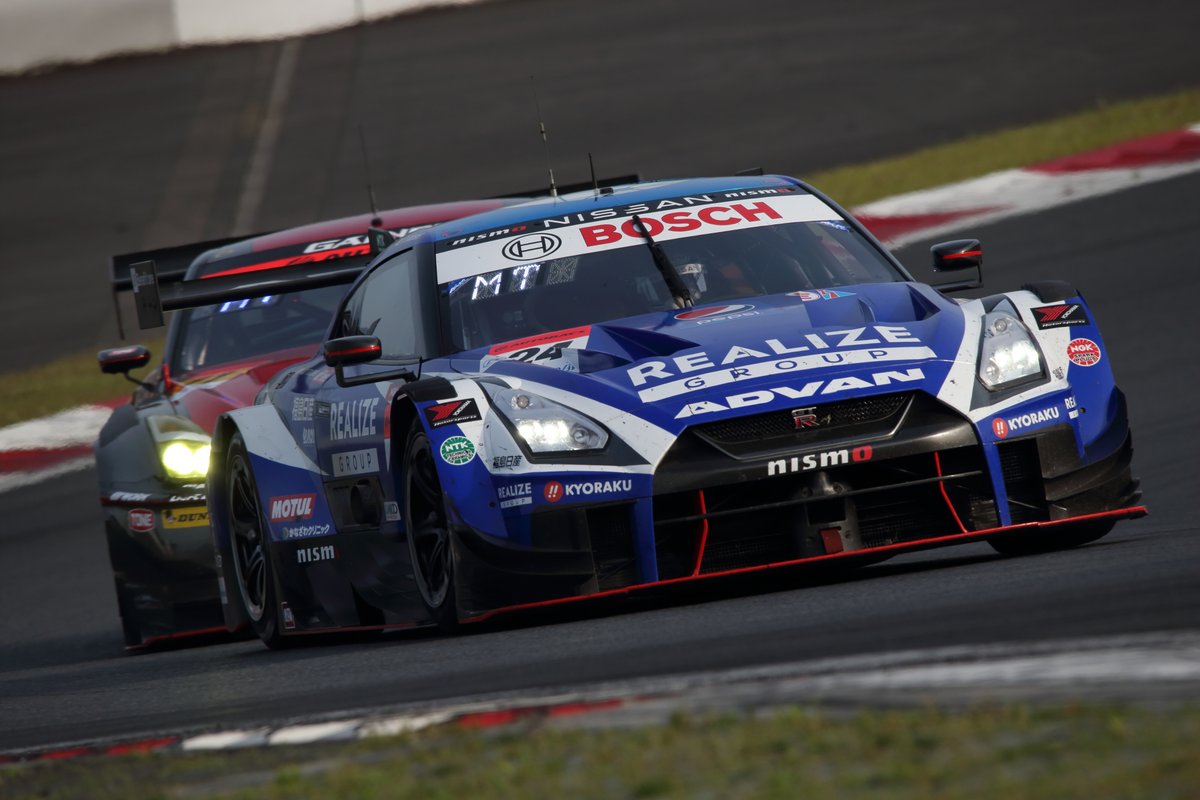 One thing Takaboshi says hasn’t made life any harder for Kondo is the change of driver for this year, with Sasaki replacing long-time Nissan servant Mardenborough in the #24 line-up in a somewhat controversial move.

“Sasaki has raced for Kondo Racing before, he knows the team and the Yokohama tyres, and working with him hasn’t been an issue,” continued Takaboshi. “We have known each other since our karting days, and we were brought up together in the NDDP.

“Also, the type of car balance we like is quite similar. It’s easier to communicate together because we can speak in Japanese. It was hard for Jann because he couldn’t understand Japanese, but for us it’s easier.

“I don’t think it was much harder [with Mardenborough than with Sasaki] but our styles were different. I like to brake early and carry the speed through the corners and Jann’s style is more late braking. Daiki’s style is more like mine.”

One thing that hasn’t helped Kondo’s case in recent seasons has been the performance of tyre supplier Yokohama, which is nearing the five-year anniversary of its last GT500 race win.

“Of course, the tyres are very important in SUPER GT, and compared to Bridgestone or Michelin, Yokohama is not as consistent,” says Takaboshi. “But in the last race the #19 car [Bandoh Toyota] has proved it not only has good peak performance but it can be stable.

“For us, we can’t reach the peak of the tyre, because we still haven’t found the right set-up. There isn’t a big difference between last year’s tyres and this year’s, but there has been some evolution. We still need to improve more.”

Asked where the Kondo car is losing out in relation to the Bandoh machine that finished second last time out at Motegi, Takaboshi replied: “Our weak point is in the low-speed corners. That’s where we are losing out and we couldn’t overcome that.”

In many ways, Takaboshi is unfortunate to have made his GT500 debut at a time Nissan’s star was already on the wane. He made his first start in the top class in the 2016 Suzuka 1000km as an injury replacement for Chiyo at the now-defunct MOLA team, scoring a third-place finish alongside SUPER GT legend Satoshi Motoyama, but since then it’s been all downhill.

In his first full season of GT500 competition in 2018, Takaboshi and Kondo teammate Joao Paulo de Oliveira scored 23 points, putting them 12th of 15 crews in the standings. The next year, he and Mardenborough wound up 14th, and last year the pair were bottom of the pile.

But years of struggles have seemingly have had little effect on Takaboshi’s desire to get back on the SUPER GT podium for the first time in five years.

“First, we want to be on the podium,” said Takaboshi of his goals for the remainder of the 2021 campaign. “I can’t say we are aiming for a win without being on the podium, but if we aim for the podium then we may be able to have a chance to win.

“I haven’t had a podium since my debut GT500 race [Suzuka 2016], so I want to escape this poor run of form. We just need one small thing, and it could change everything for the team. Everyone in the team feels we need to work harder, and that we can’t be satisfied.” 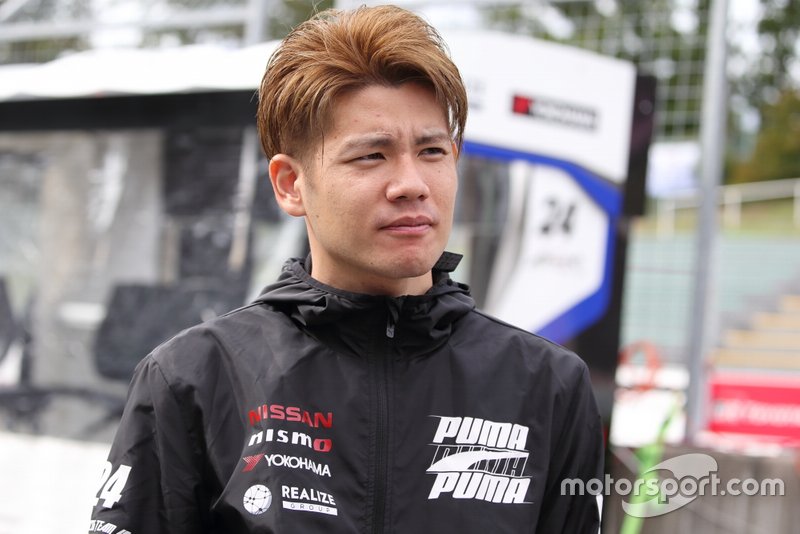 Takaboshi’s overseas experience isn’t limited to his 2016 Blancpain campaign either, as he contested the Nurburgring 24 Hours for Kondo in 2019 in a Nissan GT-R NISMO GT3 – finishing inside the top 10 – and has made numerous appearances in Formula E machinery as part of his test and reserve duties for Nissan e.dams.

But, with travel restrictions amid the COVID-19 pandemic keeping him away from Europe for the time being, Takaboshi is clear when it comes to discussions of his future targets.

“My initial goal is to become SUPER GT champion,” said Takaboshi. “I’d also like to return to the Nurburgring 24 Hours with Kondo Racing. Nissan is in Formula E and they’ve announced they are staying in the series, and I am a test driver for them, so I’d be lying if I said I wasn’t thinking about that. But the main focus is here in SUPER GT.”