Nissan SUPER GT ace Ronnie Quintarelli admits it was "very frustrating" to only finish third in last weekend's Autopolis round as he feels his NISMO GT-R had the pace to challenge for victory.

Quintarelli and his teammate aboard the Michelin-shod #23 Nissan, Tsugio Matsuda, scored their second podium finish in three races as they finished in third behind the dominant ARTA Honda NSX-GT and the Cerumo Toyota GR Supra.

That followed two early safety car periods immediately before the pitstop phase that favoured those crews that opted to stop as soon as the race restarted for the second time at the end of lap 24 of 65.

Quintarelli on the other hand stayed out for a further three laps, which had the knock-on effect of dropping the NISMO machine behind several early-stopping cars, and after taking over the #23 machine Matsuda spent many laps stuck behind the SARD Toyota of Yuichi Nakayama.

Matsuda finally cleared Nakayama on lap 58, but only after both cars had been passed by a charging Hiroaki Ishiura in the Cerumo Toyota.

"Very frustrating, especially the second safety car," Quintarelli told Motorsport.com. "At the end of the first safety car, the pace was very good and I felt the tyre could last for many laps. But the second safety car was the decisive point of the race. It was good for the cars that pitted immediately at the restart.

"We decided to stay out but when Tsugio left the pits we had three cars in front that should have been behind - a bit like Suzuka, when we won, but here it’s much harder to overtake.

"We had the pace but we lost so much time behind the Denso [SARD] car. We should have finished second at the minimum. Especially without the second safety car, we had a chance to fight with [the ARTA Honda]." 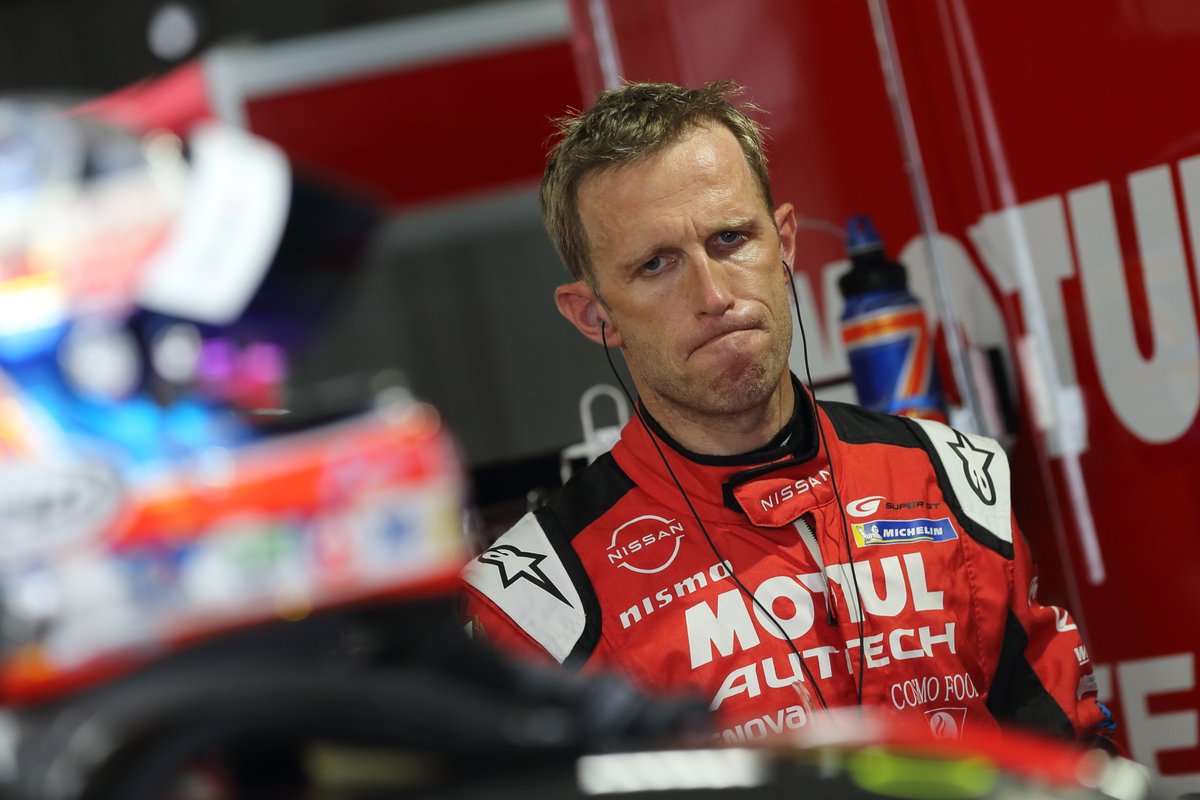 Despite only being able to finish third, Quintarelli was buoyed by Michelin's improvement in cold conditions, which he had previously identified as a weakness of the French tyre manufacturer.

"I could see at both restarts [that we had the pace]," said the Italian. "I was pushing hard and I could follow the leaders.

"Also, [ARTA] had a lighter car than us and historically Honda is quick at this kind of track, and we had the pace to fight with them, so I'm happy for this improvement with the tyres. This gives us confidence for the last two races, as these will be critical for the tyres."

Third place for Quintarelli and Matsuda leaves the pair 23 points shy of championship leader Naoki Yamamoto in their quest for a first Nissan GT500 title since 2015 with two races to go.

But four-time champion Quintarelli admits that the gap is likely to be too large to bridge, especially with the success handicaps being halved for the next round at Motegi before being removed altogether for the season finale at Fuji Speedway, traditionally a tough track for Nissan.

"The gap is a lot, and it’s against the #1 [Kunimitsu Honda] car," said Quintarelli. "Even here, the #1 car, when I saw them in front [after the pitstops] I thought, ‘oh my God, how can they be there?’ They are really strong.

"At least it would be nice to finish on the podium again at Motegi. We need to take it step-by-step. To talk about the championship, it’s too much. The important thing is that we make progress and we can take that into next season."