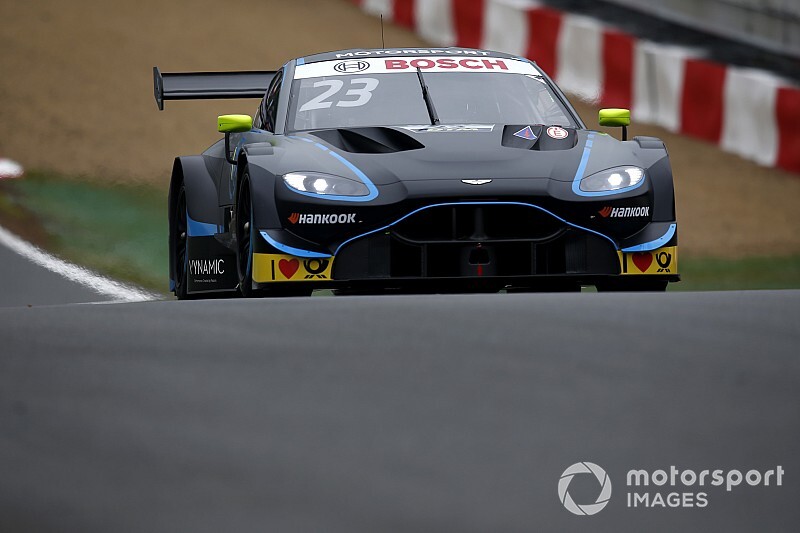 R-Motorsport says entering the top class of SUPER GT is a “very appealing and exciting” proposition following its exit from the DTM.

The Swiss squad announced at the end of last month that it will step down from the German touring car series after just one season of privately running the Vantage DTM under license from Aston Martin.

However, the knowledge it gained in building the model could prove useful in a potential entry into SUPER GT, which will officially adopt Class One regulations at the start of this year.

R-Motorsport boss Florian Kamelger said the squad’s departure from the DTM doesn’t spell the end of the Vantage Class One programme and that he wouldn’t rule out joining the GT500 class in the future.

“I always say, and as far as I can talk for [Aston Martin CEO] Andy Palmer, which I can’t, but even Andy Palmer said in a press conference which we had together Japan is an important market for us,” Kamelger told Motorsport.com.

“I think Super GT500 is very, very appealing and interesting. Having said that, the answer is it’s not over. There is no short-term plan to enter it, but the series is very appealing to us and still an open question mark on that.”

The four Vantages R-Motorsport raced in 2019, plus a test model, have all remained in the possession of its former partner HWA since the end of the season.

A previous attempt to sell the cars to a private buyer in Hong Kong was scuppered due to on-going civil unrest in the region.

Asked if all the Vantages have now been sold, Kamelger said: “The DTM cars belong to HWA, our partner in Vynamic [the joint venture established to oversee the project] which was agreed at the end of summer 2019 - so that was a long-term plan to do that.

“I can’t comment on where they are and to whom they are sold really. You have to go back to HWA.”

Aston was incidentally the last foreign manufacturer to compete in SUPER GT's GT500 class when it entered an iteration of its Le Mans 24 Hours class-winning DBR9 in 2009.

It currently has a presence in the series’ second-tier GT300 category with a solo factory-supported Vantage GT3 run by local squad D’station Racing.