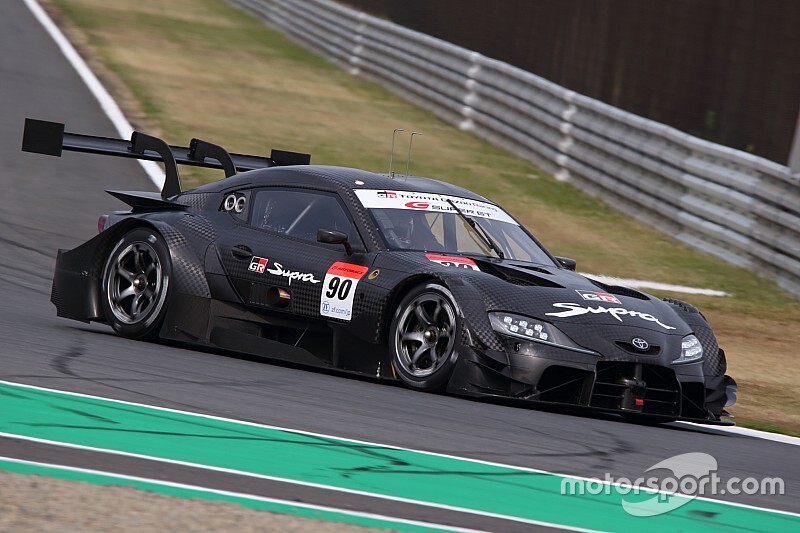 Toyota has revealed the driver roster for its return to SUPER GT in 2020, after taking over from the entry from its luxury arm Lexus.

Like Lexus, Toyota will field six factory-run cars in the GT500 category this year, the most of any manufacturer, albeit with Cerumo entering an additional GR Supra in the wake of last year's title-winning outfit Team LeMans’ departure.

As previously reported by Motorsport.com, both Kazuki Nakajima and Kenta Yamashita will step down from SUPER GT to prioritise their commitments in the FIA World Endurance Championship with the Japanese manufacturer.

Both Fenestraz, who won the Japanese F3 title last year, and Miyata graduate to the top class from the GT300 ranks, although the latter did make a one-off GT500 appearance in place of Nakajima at last year’s Fuji 500km race.

As part of the reshuffle, Sho Tsuboi will leave Bandoh to make way for Miyata and join Kazuya Oshima in Cerumo’s second entry for 2020.

Oshima won last year’s GT500 title with Yamashita, but has moved to Cerumo following the exit of Team LeMans from the series.

Team SARD has retained both Formula 1 race winner Heikki Kovalainen and Yuichi Nakayama for 2020, while TOM’S has likewise kept its #37 line-up of Nick Cassidy and Ryo Hirakawa unchanged for a fourth consecutive season.

No changes have been made to Cerumo’s leading car either, with veterans Yuji Tachikawa and Hiroaki Ishiura continuing a partnership which began in 2015.

The 2020 season marks the return of the Toyota brand in GT500 for the first time since 2006, with Lexus having represented it in the category ever since.

The Japanese manufacturer is re-introducing the Supra in GT500, in line with return of the iconic moniker to its road car line-up. The Supra replaces the LC500, which powered Lexus to two titles in three years during its short history in 2017 and '19.

Do you remember the last time Hamilton three-wheeled to victory?