The intense fight for victory between two Nissan GT-Rs in the most recent SUPER GT race at Suzuka was an apt demonstration of how well the current GT500 formula works - and is something the DTM could learn from as it ventures into its new era, says Jamie Klein.

One wonders what went through the minds of the Nissan hierarchy when Tsugio Matsuda emerged from the pitlane in the #23 NISMO car just ahead of Kazuki Hiramine in the #12 Impul machine. No doubt, at first, unadulterated joy. But perhaps, with a lighter, Bridgestone-shod GT-R with a seriously quick driver at the wheel snapping at Matsuda’s heels, just an ounce of anxiety over the risk of a Nissan 1-2 turning into disaster.

Of course, with the benefit of hindsight, we can say that they needn’t have worried: Matsuda came through to complete a miracle comeback that was set into motion by teammate Ronnie Quintarelli, and GT-R crews occupied the top two steps of the podium in the GT500 class for the first time in five years. But at one stage, Hiramine came very close to having a go at Turn 1 after getting a good run out of the chicane, only to think better of it at the last second.

As it turned out, that turned out to be Hiramine’s last real chance at passing. Speaking afterwards, he was clear: he wasn’t happy to finish second, even if it was behind a car from the same manufacturer. He was less concerned by Nissan’s title chances against rivals Honda and Toyota than by trying to end an Impul losing streak dating back to 2016.

That is exactly how it should be. And it highlights a key strength of SUPER GT, which seems to have found the perfect balance between large-scale manufacturer involvement – and all the investment and prestige it entails – and the teams themselves retaining distinct identities. 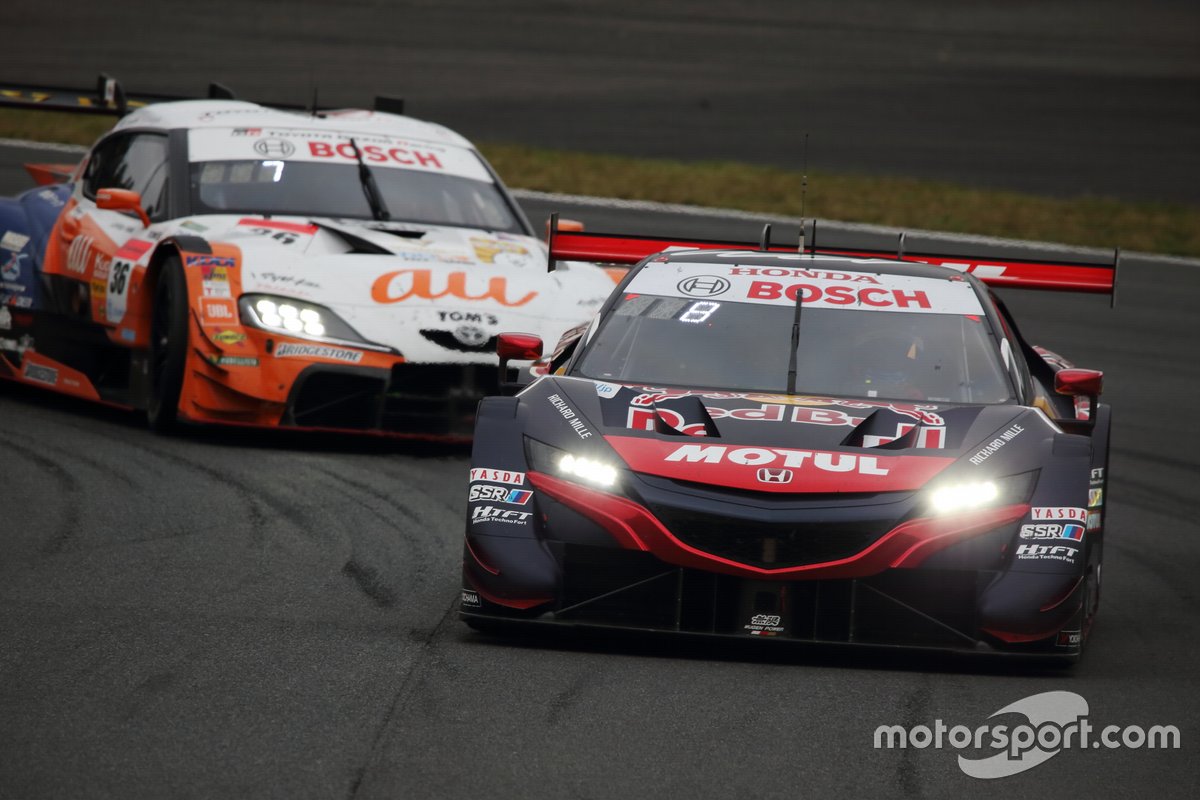 SUPER GT is often compared to the DTM, and for good reason, as the pair use variants of the same Class One rulebook (or, at least they will until the end of this year). But of all the differences, probably the one that explains best why the DTM is struggling to survive and SUPER GT isn’t is that the 15 cars racing in GT500 all have their own identities, with their own followings – instead of just being pieces on the chess board of warring manufacturers.

It’s hard to imagine how, in the DTM, an underdog manufacturer would have allowed a fight for the win between its cars like the one we saw at Suzuka take place, knowing that its realistic title hopes for the year hinged on the car ahead staying in that position until the chequered flag.

To its credit, the DTM banned team orders for this year, but with Audi in such a dominant position in 2020 the Ingolstadt marque would have hardly needed them anyway to ensure a clean sweep of drivers’, manufacturers’ and teams’ crowns. BMW, had it been in the same position as Nissan was at Suzuka, may well have wished they were still allowed.

After the race, a defeated Hiramine spoke of his regret at keeping Impul’s sponsors and fans waiting for that elusive win. Not Nissan’s fans – they would have been happy either way – but Impul’s. And the concern led by Japanese racing legend Kazuyoshi Hoshino is probably the best illustration there is of a stable, manufacturer-backed but independent team with an exceptionally loyal sponsor in the form of Calsonic. 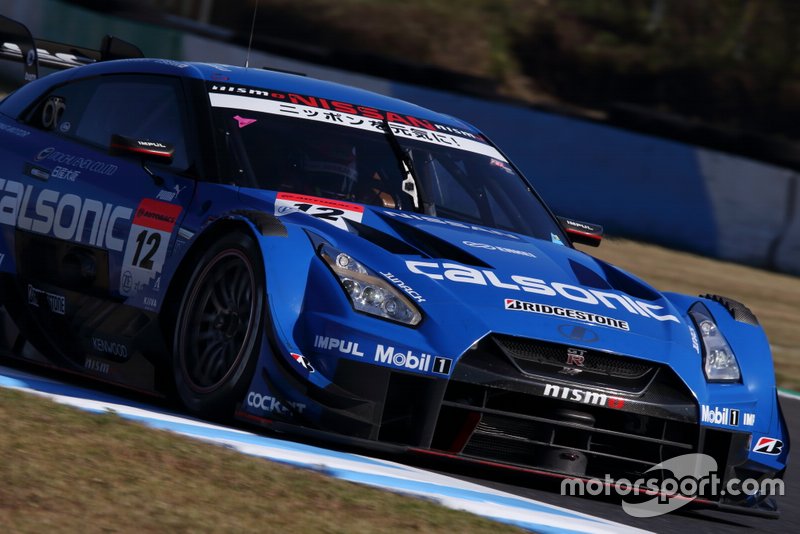 The GT500 field is blessed with numerous iconic title sponsors, five of which go back to the 1990s – Calsonic (Impul), Autobacs (ARTA), Denso (SARD), WedsSport (Bandoh) and Raybrig (Kunimitsu). Of the others, ZENT (Cerumo) had been the main sponsor of the #38 Toyota/Lexus since 2005, while Keihin (Real Racing) and Motul (NISMO) have been the primary partners of their respective teams for over a decade and au enjoyed a previous stint as Cerumo’s main partner in the early 2000s before joining forces with TOM’S in 2016.

While it should be pointed out that Denso and Keihin are part-owned by Toyota and Honda respectively, and Calsonic was part-owned by Nissan until quite recently, it’s not hard to see why companies see GT500 sponsorship as a worthwhile investment, when the identity of the sponsor and the team are in so many cases so closely linked.

As well as the considerable activation efforts and direct fan interaction that would typically occur in a normal season, TV commentators and the Japanese press almost always use the sponsor name when referring to the car. With the TV graphics also referring to the GT500 runners by their sponsor's name, it's no surprise even the drivers themselves quite often refer to their rivals using terms such as ‘the Raybrig car’ or ‘the Denso car’.

Again, the contrast with DTM is stark. While a few sponsors have been around for a while – Shell and BP/Castrol being maybe the most memorable – the association with a particular team, or even a manufacturer, is not especially strong. How many DTM enthusiasts for example would be able to name the brand, Porta, that appears on Rene Rast’s Audi? 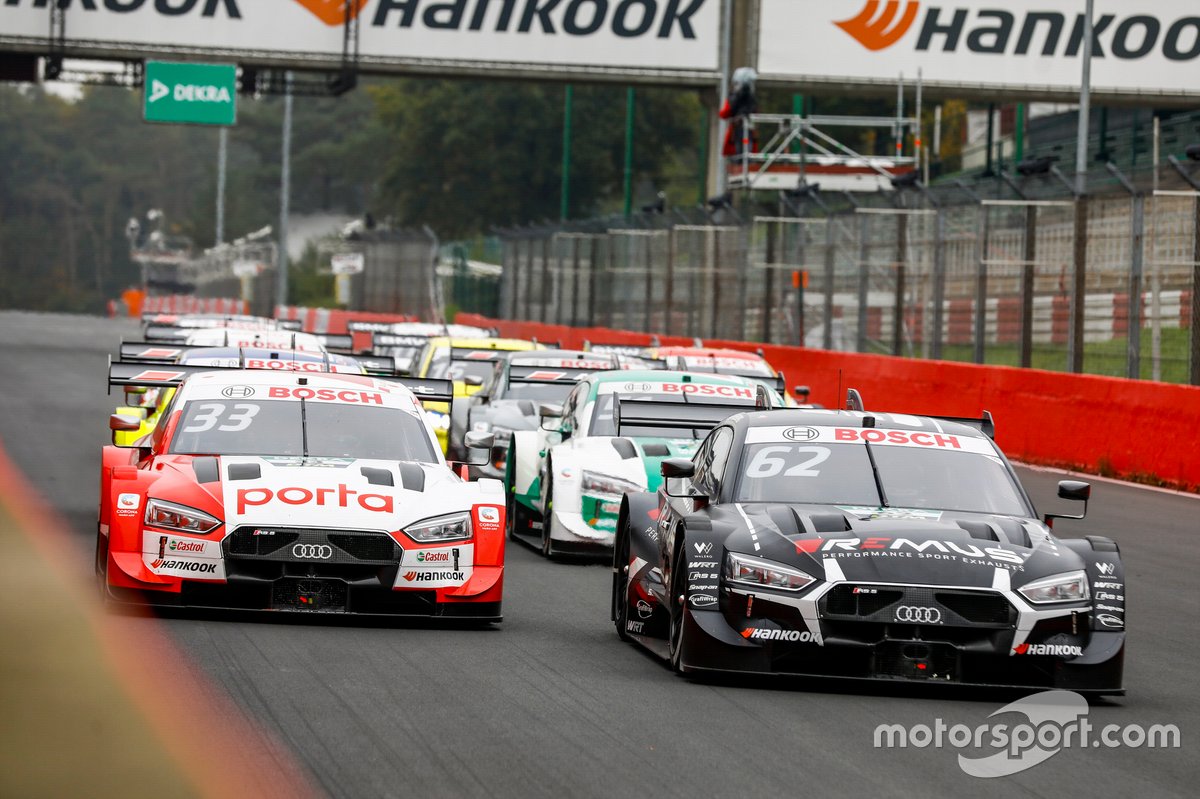 It’s not that the manufacturers in DTM don’t have individual teams running their works cars; Audi has Phoenix, Rosberg and Abt in its stable running a pair of RS5s each, while BMW relies on RBM and RMG to operate three M4s apiece. It’s just that the teams, and by extension their sponsors, are hardly ever mentioned, totally subsumed into the identity of the manufacturer. You might be a fan of two-time champion Rast himself, or Audi as a brand, but how many regular DTM viewers would identify themselves as Team Rosberg fans?

The move to GT3-based rules next year should alleviate this problem, as the manufacturers will no longer be so involved in the actual running of the cars, instead leaving that job to their customer outfits, and presumably how they are branded. But the DTM needs to take a proactive role in ensuring that the teams individually and their sponsors can forge their own identities and get the publicity they need to get a worthwhile return on their investment.

Indeed, for the DTM, getting this right is key to its medium-term survival. To maintain its image as a top-level, all professional championship, it needs its teams to have the financial means to use its brand's works drivers or established GT3 aces, and not to resort to pay drivers.

And with it looking increasingly likely that the cars themselves are not going to provide a major point of differentiation with conventional GT3-based series such as GT World Challenge Europe, it places even more onus on the quality of the teams and drivers involved being as high as possible to allow the revamped DTM to stand out in a crowded marketplace.

As the last few years in the DTM have shown with regards to auto maker involvement and control, you can have too much of a good thing. But SUPER GT shows that it doesn't have to be all-or-nothing, and that it's possible to have a field of factory drivers and professional outfits that aren't totally dominated by the manufacturers they represent. Even if it's with GT3 cars and not Class One machinery, it's a formula worth striving to replicate. 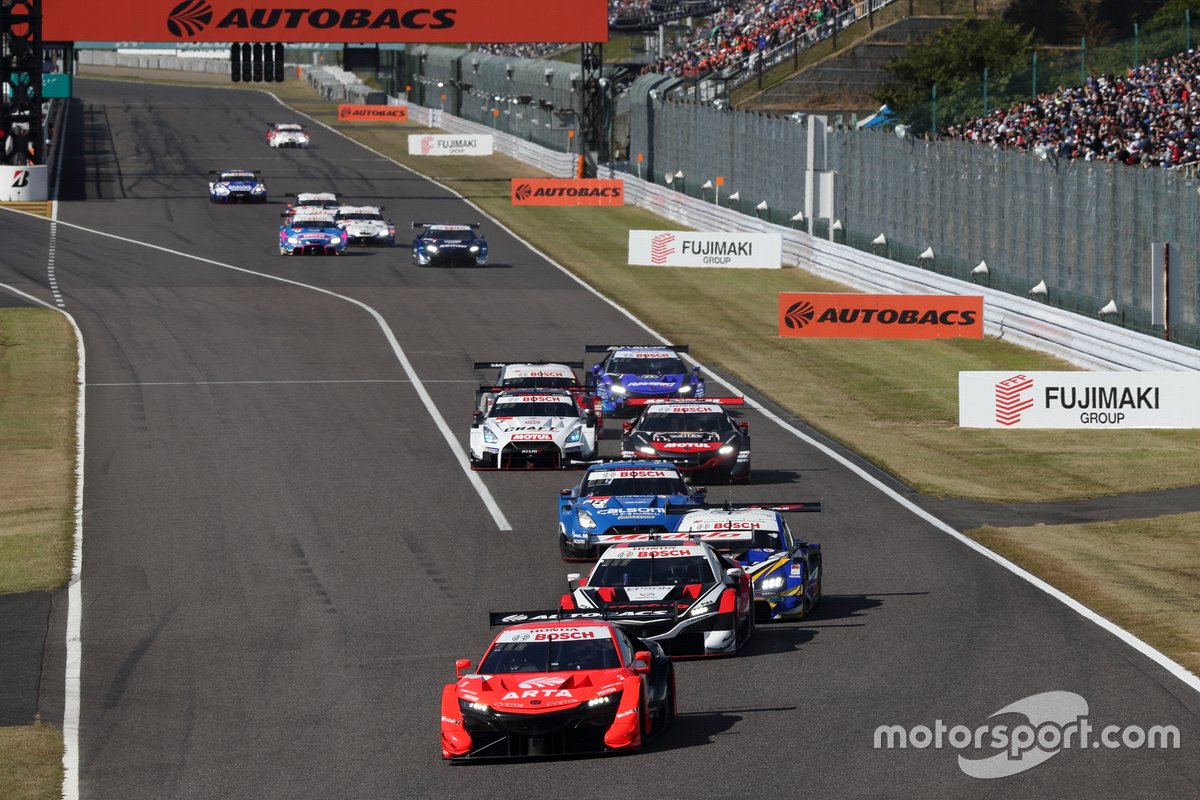