Kenta Yamashita admits his title-winning SUPER GT overtake on Yuhi Sekiguchi at Motegi was "a little aggressive" but feels it may have been his only chance to snatch the title for Team LeMans. 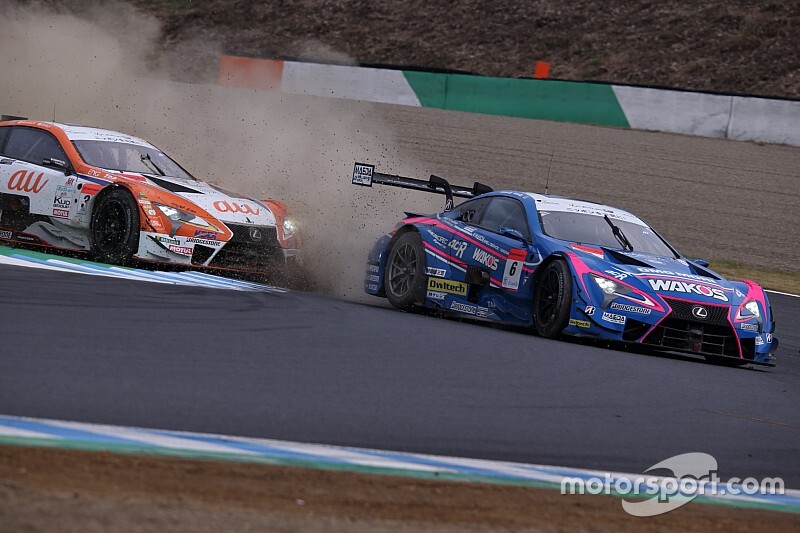 Yamashita was able to dive up the inside of Sekiguchi in the #36 TOM'S car at the Turn 11 right-hander on lap 38 of 53, and as Sekiguchi tried to counter-attack around the outside at Turns 12 and 13 the two cars made contact and both cut the last corner.

The stewards ruled it a racing incident, but Yamashita subsequently admitted that he wasn't prepared to back off to avoid contact with the title on the line.

"We couldn’t become champions without overtaking car #36, and I knew that Sekiguchi is skilful at defending," recalled the 24-year-old. "But I felt strong.

"I saw there were two GT300 cars in front of Sekiguchi at the [Turn 10] hairpin, I saw he was going to get held up. I thought this was my chance and I set up the pass.

"I went to the inside, but I locked the brakes. I only barely stayed on the track. After that, Sekiguchi was able to cross back to the other side of the track as we entered the left-hander.

"We were both flat out and side-by-side, and it was a big shock when we touched. I turned the steering wheel left, but I went straight on with the momentum.

"It was a little aggressive, it’s not uncommon for two cars to go round the last corner together, but the championship was on the line, so I didn’t intend to back down."

"I think if I didn’t get past there, I might not have got past and I wouldn’t have been champion."

Sekiguchi for his part acknowledged Yamashita's "amazing" speed during his stint, although he said the Team LeMans driver was responsible for the contact.

"I was struggling with the traction, the rear was sliding a lot in particular," Sekiguchi, who took over the #36 Lexus from Kazuki Nakajima in the second stint, told Motorsport.com.

"It was quite painful when I was overtaken by car #37, but after five laps it became even harder and I was passed by car #6.

"I tried to compromise [Yamashita’s] speed firmly at the hairpin and get away on the back straight, but his speed was a little faster… in an instant he attacked.

"[Yamashita] went to the outside, so I moved across the track and got into a position to slip back underneath him. But [at the last corner] Yamashita was going at an unstoppable speed and there was some contact.

"It was deemed a racing incident by the stewards, so it can’t be helped. But honestly, Yamashita today was amazing. I might have held off other drivers." 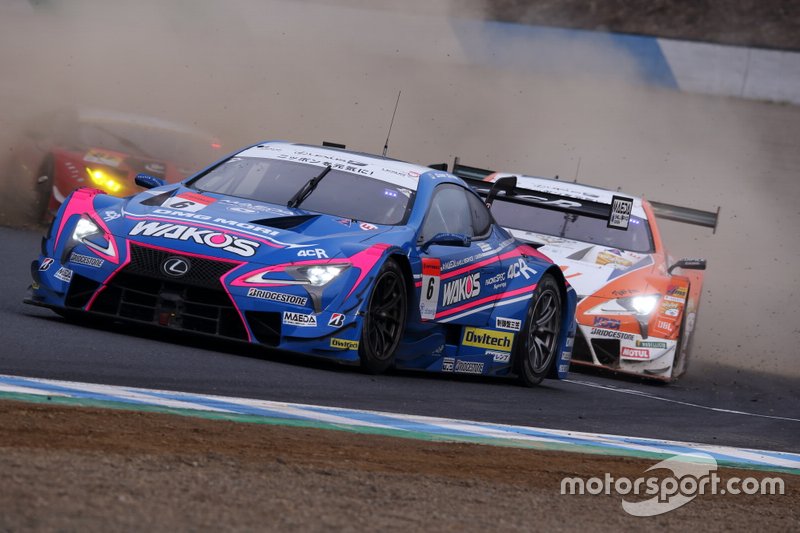 Button raced with "basically the same car as last year"

Breaking down the clash of the TOM’S teammates at Motegi

The rise and rise of a new Super Formula title contender