Indian-owned NRT team fell marginally short of winning the World Supersport title in its debut season after things fell against its favour in the final round in Qatar.

NRT looked poised to challenge for the teams’ title entering the season finale, but received a huge setback when Lucas Mahias of the rival GRT squad had his Portugal win reinstated on Thursday.

That put the Indian squad 30 points behind GRT in the standings, with 45 to play for in Qatar.

However, NRT still had a strong shot at the riders’ title, with its star rider Jules Cluzel sitting only five points behind Kallio Racing’s Sandro Cortese in the standings.

Cluzel qualified third on the grid for the Qatar finale behind second-placed Cortese and pole-sitter Mahias, but got the best start of the front-row qualifiers to surge into the lead at turn 1.

Cluzel managed to build a small gap over Cortese - who had managed to jump up to second place - but dropped behind the Kallio rider towards the end of lap 2.

The two riders continued to trade place until lap 4 when Cluzel ran wide at turn 4, handing a big advantage to Cortese. Mathias also closed in on the top two, keeping a close check on the championship protagonists.

On lap 8, Cluzel made up big time in the final sector and dived down the inside of Cortese at turn 1 of the following lap to retake the lead.

The race was effectively decided two laps later, when Cortese tried a move around Cluzel at turn 16, letting Mathias to pass both for the lead. Mathias then began to stretch his advantage as Cluzel dropped down to third behind Cortese.

Aware that he has to win the race to have any of hope of clinching the title, Cluzel launched a stern attack on Cortese in the final few laps of the year.

At one such attempt on the final lap, Cluzel went a little too aggressive at turn 7 and slid out of the race, handing the title to Cortese.

With Mathias winning the race and his GRT teammate Federico Caricasulo finishing third, NRT also missed out on the teams’ title.

NRT’s second rider Thomas Gradinger was classified fourth as he continued his impressive upturn in performance in second half of the season. 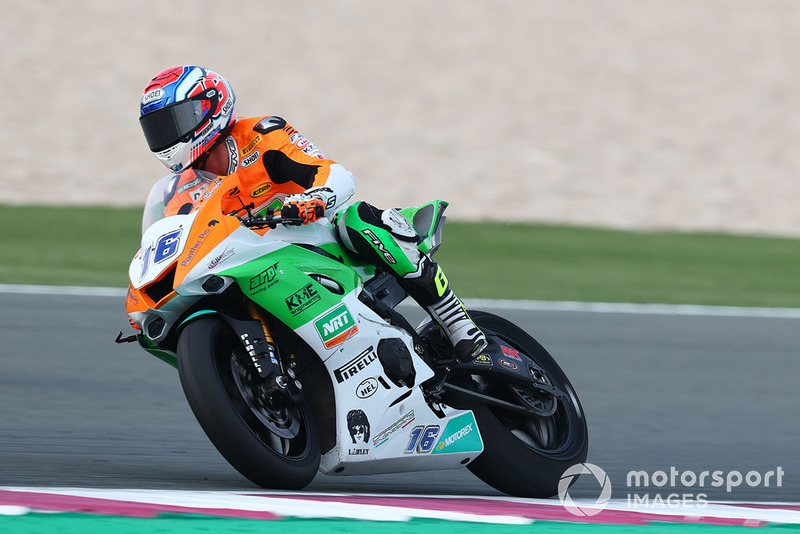 Despite missing out on both titles, NRT must be credited for what it has achieved at such a big stage in its debut season.

The team led by Dubai-based Indian Vafi Khan first rose in the headlines when it signed 2016 runner-up Cluzel and was able to deliver straight out of the box when the season began in Australia.

The outfit won five races in the 11-round season, far more than any other team, and would have likely clinched the riders’ title - if not the teams’ - if Cluzel wasn’t take out inadvertently by Cortese in Portugal.

Repeat performance for Sykes in second encounter at Misano