The Supercars squad will run two German-built Astras in the new-for-2019 category, with Alex Rullo and Chelsea Angelo signed on as drivers.

However the cars won't run with the Opel badges they arrived in Australia with, the team opting to bring them more in line with the local market and re-badge them as Holdens.

That doesn't mean there is Holden factory support, however, the switch driven by Rullo's backing from dealer McGrath Holden and dealer network AHG.

It's been confirmed to Motorsport.com that there is no official backing from GM Holden.

"Holden is keeping an eye on the TCR series along with other motorsport categories in Australia. We are excited to see how this series develops in its first year, however our current focus in motorsport is 100 per cent across the Supercars championship," read a statement supplied by the Aussie carmaker.

Rullo's car will feature major backing from Castrol, building on a pre-existing relationship between brand and team through Rick Kelly's Nissan Supercar.

“It’s really exciting to have Castrol on board," said Rullo. "It has a long history in motorsport and with Kelly Racing so to see its iconic brand on my Astra is really motivating heading into the TCR Australia Series.

"The car looks fantastic. The Castrol livery is so iconic you can’t really go wrong. And now that we’ve rebadged the car as a Holden thanks to AHG and McGrath Holden, I think the fans are really going to love it."

All four of KR TCR Australia entries, including the two Subarus that will be raced by Molly Taylor and Andre Heimgartner, are completing a final pre-season test at Winton today.

The inaugural TCR Australia season kicks off at Sydney Motorsport Park this Friday.

Motorsport.TV will be live streaming every race of the 2019 TCR Australia season. 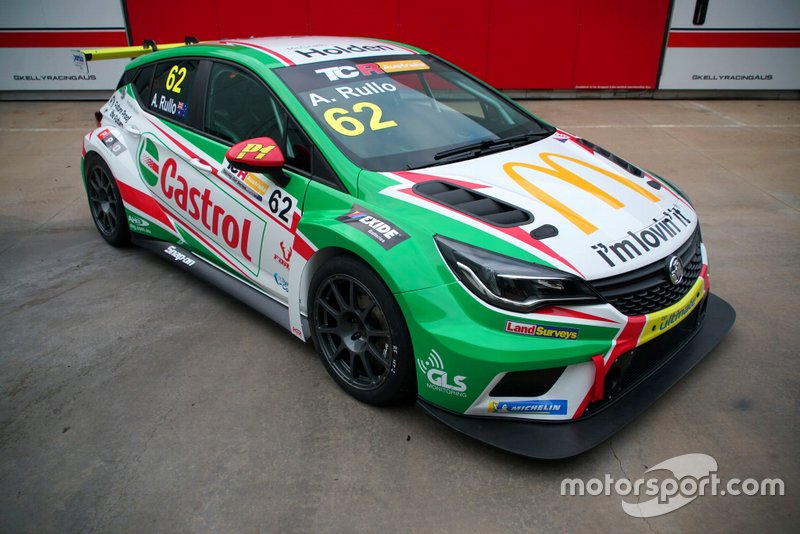