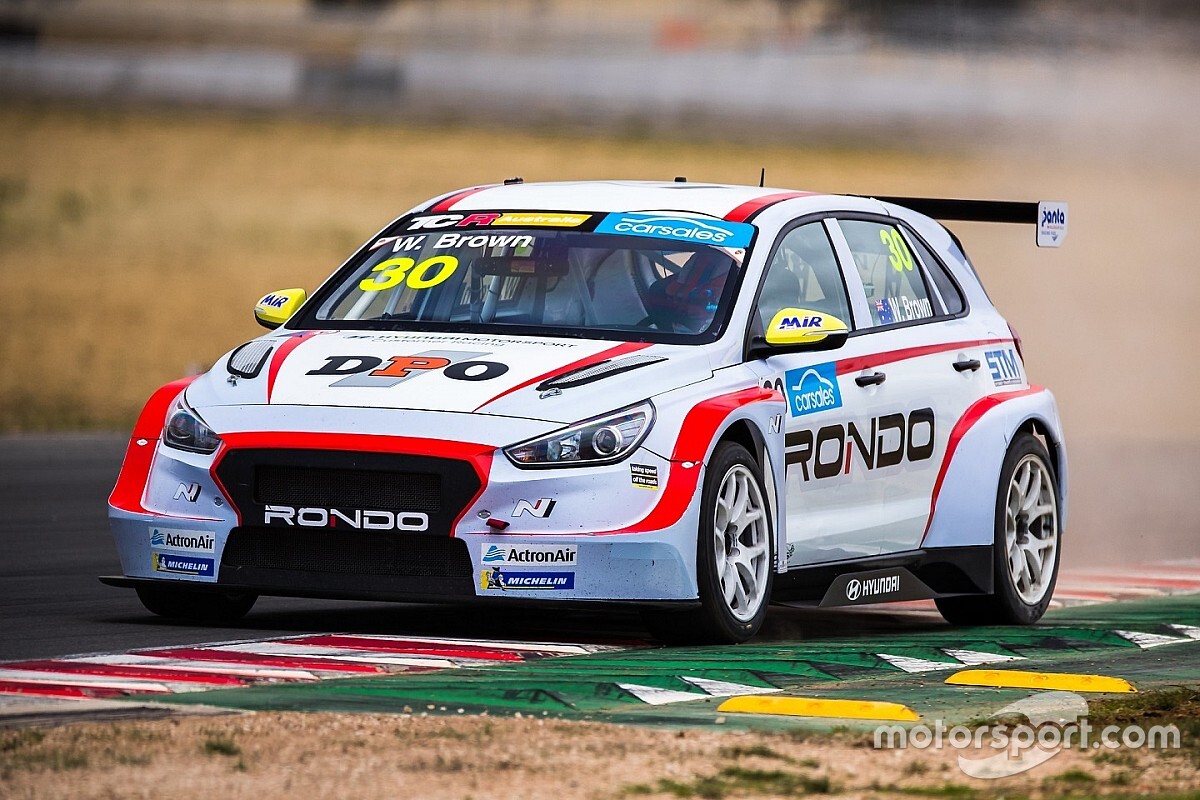 Inaugural TCR Australia champion Will Brown resisted early advances from Tony D’Alberto to claim a convincing victory in the opening encounter of the championship finale at The Bend.

Dylan O’Keefe had taken pole position for Race 1 but couldn’t make it to the starting grid, power steering issues consigning him to the Ashley Seward Motorsport garage

That left Brown’s Hyundai as the sole car on the front row, with D’Alberto and Aaron Cameron starting just behind in third and fourth positions respectively.

As the lights went out, D’Alberto got the holeshot and moved across to take the inside line, but Brown swooped around the outside of his Wall Racing Honda rival to retain the lead into turn 1.

From there on Brown enjoyed a troubled run to the chequered flag, the HMO Customer Racing driver perfecting the restart after an early safety car to score his seventh victory of the season.

Cameron finished second, having slipping past D’Alberto at the final corner on Lap 7 of 14 before pulling away from his rival.

Chris Pither held on to fourth from Jordan Cox, the two Garry Rogers Motorsport teammates separated by just three tenths at the flag.

John Martin was classified sixth ahead of Jason Bright and Russell Ingall, with James Moffat initiating a heroic charge from last of the grid to take ninth.

The race was neutralised after Lap 1 following a multi-car collision that took out Chelsea Angelo and Liam McAdam, and left Supercars ace Andre Heimgartner well down the order.

All of the TCR Australia action from The Bend can be live streamed free from anywhere in the world via Motorsport.tv.