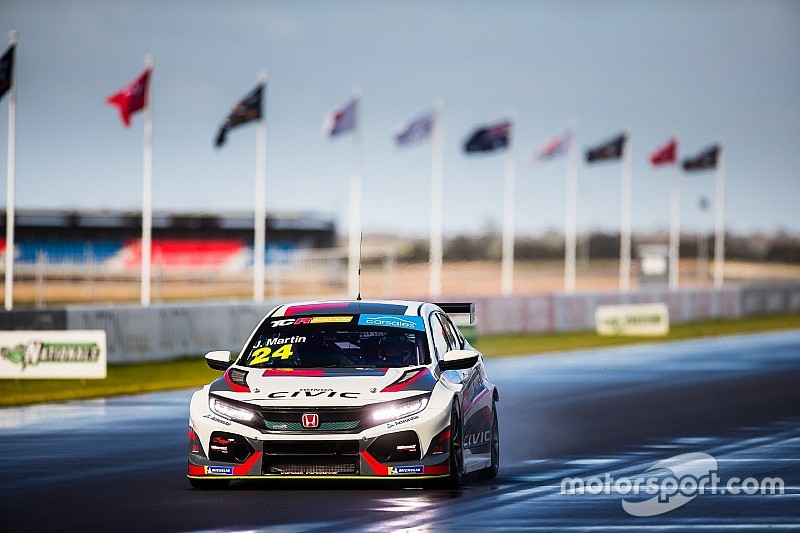 Tander outdragged Will Brown at the start of the race, who was subsequently also passed by Martin heading into turn 1.

However, Tander was unable to shake off Martin and Brown after assuming an early lead, the three running in formation in the opening laps of the race.

That meant that Martin was able to pass Tander relatively easily on Lap 7, and then immediately establish a one-second advantage to stave off any threat of a counter attack.

Martin eventually took the chequered flag by 2.7s, scoring the first victory for the Honda Civic Type R in the new-for-2019 series.

Wall Racing’s Jordan Cox survived a late moment to take fourth ahead of championship leader Will Brown (HMO Hyundai), who finished outside the podium for the first time in 2019.

Brown’s primary championship rival Dylan O’Keefee (Ashley Seward Alfa Romeo) finished seventh on the road, but was demoted to 11th after a penalty was taken into account.

Another title contender Tony D'Alberto (Wall Honda) finished two spots behind Brown in seventh after setting the fastest lap of the race on the final tour.

Supercars and TCR promoters to do battle over new Bathurst event