Bathurst 1000 winner Russell Ingall has sampled a TCR car for the first time ahead of making his TCR Australia debut this weekend.

The 2005 Supercars champion spent four sessions behind the wheel of the Melbourne Performance Centre-run Audi at Mallala today, preparing for this weekend's third round of the series at The Bend.

While impressed by the balance of the car, the 55-year-old admitted that between his lack of familiarity with the hardware and having never driven at the circuit before, he's expecting the weekend to come with its challenges.

“The TCR car was everything I thought it would be,” said Ingall.

“It’s got a very good balance, the car’s power-to-grip ratio is very good and the package gives you a lot of confidence behind the wheel.

“In other categories of cars I have driven in you have the luxury of a lot of horsepower to bail you out of trouble.

“With a TCR car you haven’t got that horsepower, so what I like the most if you really have to get up on the wheel and drive it hard, it brings the driver back into the equation.

“There’s no doubt The Bend is going to be a challenge. If I went to a track that I know it would be a lot easier.

"I’ve got a taste of the car today but I can’t wait to get out there and race against a field of these cars [and] against some really tough competition.”

Action from The Bend kicks off with a pair of half-hour practice sessions tomorrow.

Saturday and Sunday's qualifying and races will then be shown live and free around the world on Motorsport.TV. 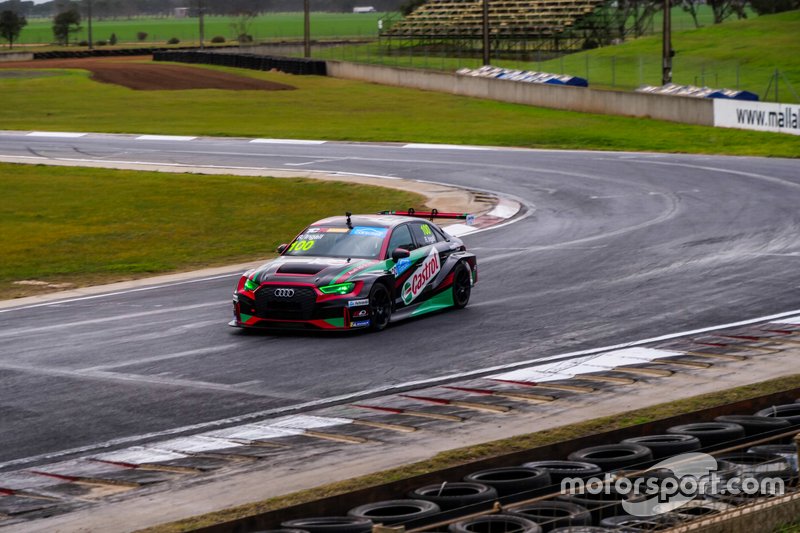