The sole TCR-spec Cupra on Aussie soil will make its race debut at The Bend next month. 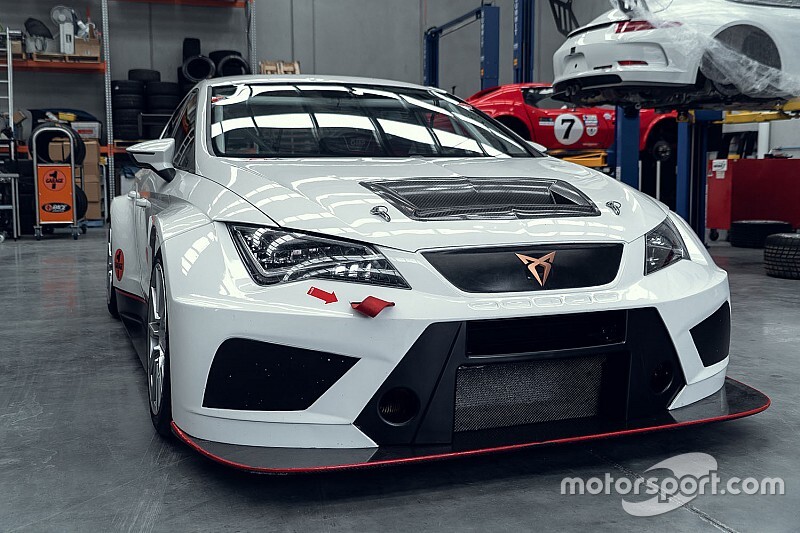 Garage1 imported the car from Germany earlier this month, team owners Marty Brant and John Evans evaluating programmes in both TCR Australia and TCR New Zealand for 2020 and beyond.

It's now been confirmed that the squad will give the Cupra an early TCR Oz debut, entering the car for the season finale at The Bend in the middle of November.

The Cupra will be raced by Toyota 86 regular Tim Brook, who made his TCR debut in a Honda at Winton at the end of August, with the team planning a test at the South Aussie circuit in the lead-up to the event.

"It will be great to have another crack at TCR in a different car,” said Brook.

“The test will be good chance to get comfortable with the car. It will be an opportunity for the guys at Garage1 to do all of their systems checks, and then we can roll into The Bend and see how we go.

“I don’t really have an expectation for any results. The Cupra is an unknown for everyone, but like almost every TCR car, they are all evenly matched. The Cupra also shares many of the same components as the VW Golfs and the Audis, so if it’s close to them, then it will be competitive."

Evans added: “Tim had a solid race meeting in the Honda at Winton, so we felt that he was the perfect choice for our debut at The Bend.

“We’ll test the car before we go, and we can make sure that we have everything in place.

“Tim is a really rounded driver and we are confident that he’ll do a good job. He is consistently at the front of the Toyota 86 Series, which is a very competitive championship.

“Compared to the other teams who have been racing TCR for the past six months, we’ve got some catch up to do, but we are confident that the package that Cupra supplied, plus the support from Melbourne Performance Centre, is going to fast track our development.”

The addition of the Cupra to the field means there will be 10 different brands of TCR cars competing at The Bend.