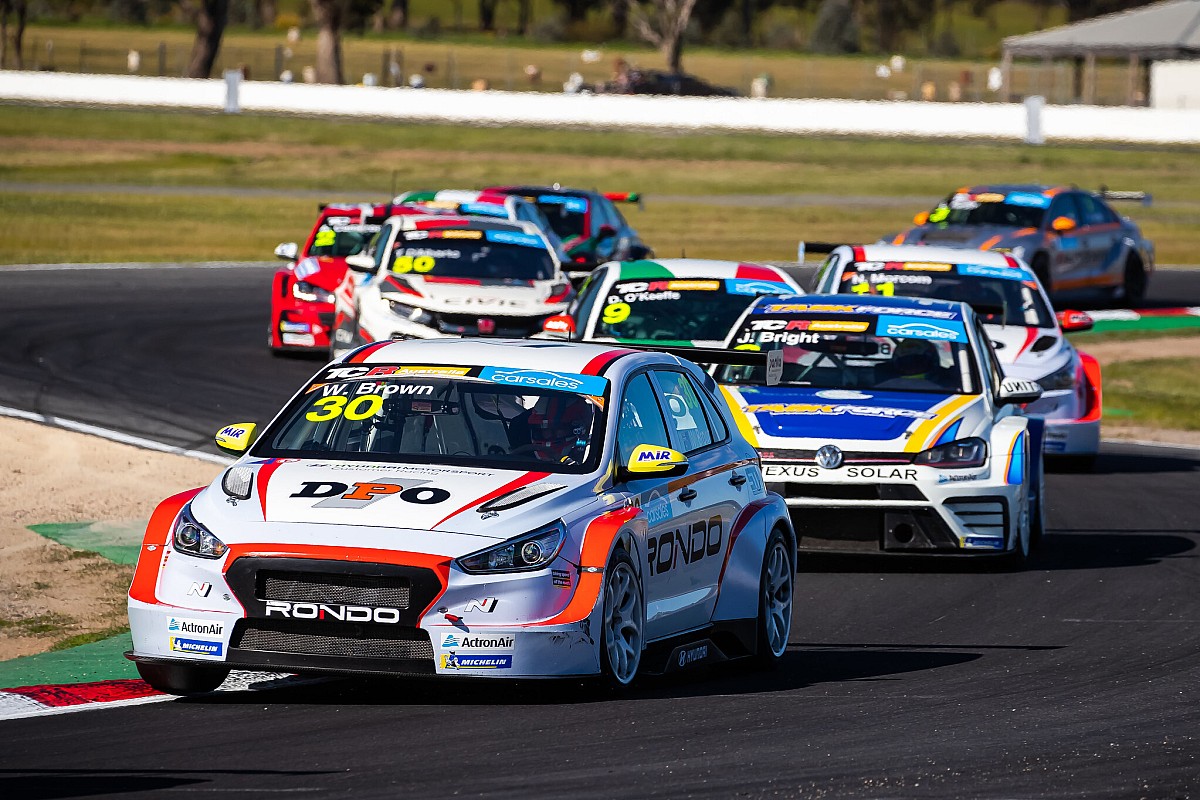 Will Brown dominated the second TCR Australia race at Winton.

The HMO Hyundai driver spent the first lap of the race shadowing polesitter Jason Bright, before charging past the Alliance VW at Turn 3 on Lap 2.

He then pulled around 2s clear of the field on that second lap alone, his advantage blowing out to a whopping 7.9s by the finish.

"The car was was awesome," he said.

"[I was] trying to get another one of those wins, we had a tough run in Ipswich so it's nice to give the boys a win. They gave me a great car."

The icing on the cake for Brown was that his chief title rival Dylan O'Keeffe had a shocker.

The ASM Alfa driver had been running a distant fifth before a front-left puncture fired him off the road at Turn 4.

He was able to limp back to the pits and get going again, but finished a lowly 15th.

Bright finished second, weathering an early storm from Nathan Morcom before slowly pulling away from the second HMO Hyundai.

Morcom, meanwhile, did his best to hold off Aaron Cameron for third. However he couldn't quite hold on, the MPC VW driver sneaking by on the penultimate lap to grab the final spot on the podium.

Ingall finished fifth, despite giving himself some work to do in the second half of the race after running wide at Turn 1.