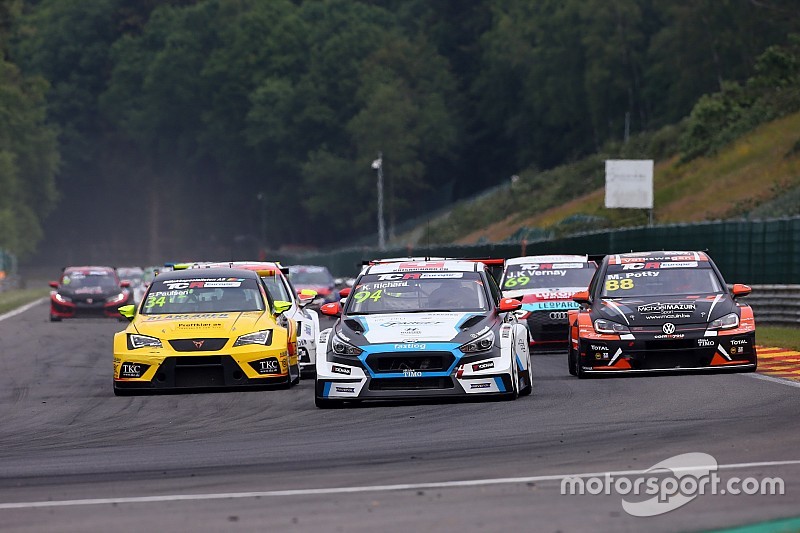 The tradition of touring car endurance races at Spa will be revived this year in a new joint venture that has been announced by TCR promoter WSC and Creventic.

WSC and Creventic, the Dutch organisation that runs the 24H Series that includes the Dubai 24 Hours and Barcelona 24 Hours, will jointly organise the inaugural 'TCR Spa 500', which will be run exclusively for TCR machinery.

Entries are set to be split into Pro, Semi-Pro and Amateur classes, with organisers targeting a minimum of 40 cars.

"The growth of the [TCR] category has been the success story in international motorsport for the past years,” said WSC chairman Marcello Lotti.

“The idea of an international endurance race, exclusively reserved for TCR cars, is the icing on the cake.”

The TCR Spa 500 aims to resurrect the long tradition of touring car endurance racing at Spa, which ended when the Spa 24 Hours switched to being a GT race in 2001.

It was run as a round of the FIA GT Championship from 2001 to 2009, before becoming a part of the Blancpain Endurance Series in 2011.

Didier Dufourny, Frederic Bouvy and Kurt Mollekens won the 2000 running at the wheel of a Peugeot 306 GTI, completing a distance of 3330km (2051 miles) - only a little less than the distance that this year's 500-lap contest will cover.