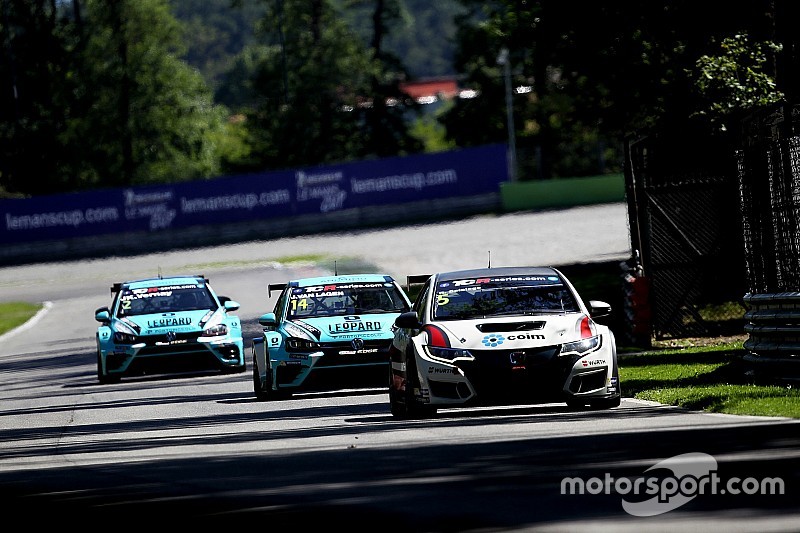 Vernay maintains his lead in the standings

Roberto Colciago was the first driver to take a second win in this year’s TCR International Series. The Italian, who lives a few kilometres from the Autodromo, completed a brilliant performance in a very lively Race 1 at Monza to beat his young teammate Attila Tassi and giving M1RA and the Honda Civic an impressive 1-2 finish.

Once again, Monza provided the ingredients for a spectacular race, with plenty of duels and contacts that jeopardized the hopes of potential contenders such as Valente, Homola, Comini and Borković. They were all able to salvage some points at least, something that Nash, Morbidelli, van Lagen and Kajaia could not.

Race 2 will take place at 10:50 tomorrow, with the two Lukoil Craft-Bamboo SEAT León cars of Hugo Valente and James Nash on the front row of the top-ten reverse grid.

Fizca drops to tenth after penalty

The many investigations that followed the first race ended up in only one driver being penalised: Feren Ficza.

The young Hungarian was given a 10-second time penalty for gaining an unfair advantage. In fact Ficza’s Zele Racing SEAT León cut through the first chicane during the fourth lap of today’s Race 1 and moved up a couple of places in the process.

Ficza eventually finished in fifth position, but the penalty dropped him down to tenth.

Quotes from the Race 1 podium finishers

Roberto Colciago (1st): “This morning, I didn’t know if I could race because my back was aching so badly, but luckily I had no pain once I was in the car. I couldn’t get away from the others because the tow is so important here in Monza and so I just concentrated on not making any mistakes. Attila pressured me from the start, so it’s good for the team that he has the same pace as me. When I was in Spa, it looked like I was racing with the ambulance because of the Success Ballast, so I’m really happy to win at my home track.”

Attila Tassi (2nd): “It’s a great result for the team and for me as well. The start was just how I imagined it and I ended up behind Roberto. I was then a bit less aggressive and so the others could catch up with us. I made a mistake two laps from the end and Pepe overtook me, but then at the end he damaged his rear bodywork in the chicane so I overtook him on the straight and then defended the position. Roberto has been racing here in Monza for thirty years – nearly twice as long as I am old – and so he knows every little thing about the place which is really useful for me.”

Pepe Oriola (3rd): “I had a really good start and I came into the first chicane side by side with two or three cars; I got a push and hit Homola, he spun and I’m really sorry, it wasn’t my intention. When I was up to third, I was trying to catch the Honda cars but it was really tough to follow them. Then I waited for a mistake and it arrived, but then Attila and I then had a little touch. I think SEAT has to work on the rear fenders of the car; it was only a little contact but this doesn’t have to happen. It was impossible to stop Attila, in the last 250 metres of the straights the top speed of the Hondas is amazing.”

Race 2 at Monza: Comini wins after a close but fair fight with Colciago