Details of the brand new Mount Panorama event have been revealed, including the name, likely date and the format of the TCR enduro race. 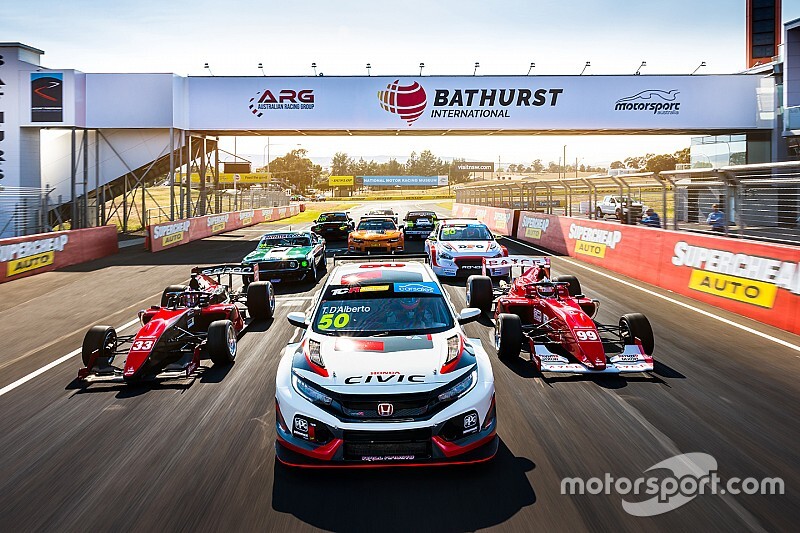 To be known as the Bathurst International, the event is targeting a date in either late November or early December, subject to confirmation of other international calendars.

The format of the TCR feature race has also been confirmed. As expected there will be a two-driver 500-kilometre enduro, with hopes of a capacity 55-car field featuring cars and drivers from around the world.

The race won't form part of the TCR Australia season, the domestic series set to race for points at Mount Panorama earlier in the year, with a sprint round over the Easter weekend.

Joining TCR on the Bathurst International bill will be S5000 and LMP3, both making their Mount Panorama debuts, as well as Heritage Muscle Cars and TA2.

The event will be run by TCR Australia promoter Australian Racing Group, in conjunction with the Confederation of Australian Motor Sport and the Bathurst Regional Council.

“This event was presented as a true opportunity to bring a new international focus to Bathurst.

"Up to now there has been limited opportunities for international drivers to compete at Australia’s best race track in cars they are used to racing in their home series.

“With the variety of categories on offer at the event, and a date that comes after most global series have concluded, it means the Bathurst International will see international drivers, teams and their cars compete head-to-head with Australia best drivers across multiple races over the event weekend.”

Will Brown, who this weekend will officially secure the inaugural TCR Australia title at The Bend, already has his hand up for both the TCR enduro and the S5000 races.

“Bathurst is an iconic race track, so to have the opportunity to compete against some of the world’s best touring car drivers and teams is something that I’m really excited about,” he said.

“The TCR cars will suit the Bathurst circuit, especially across the top of the mountain. It will be a wild ride, and I reckon that that their speed will surprise a a lot of people.

“In TCR Australia, we’ve had the chance to see a few international drivers come and compete, and we’ve seen how fast and how good they are. Most of the locals will have the advantage of knowing the track, but I suspect that our advantage will be gone after the first couple of practice sessions. We’ll all need to be on our best game.

“I was also fortunate to drive the S5000 car at Sandown, and that was really cool. They are going to be unbelievable at Bathurst and I really hope that I can be a part of that as well.”