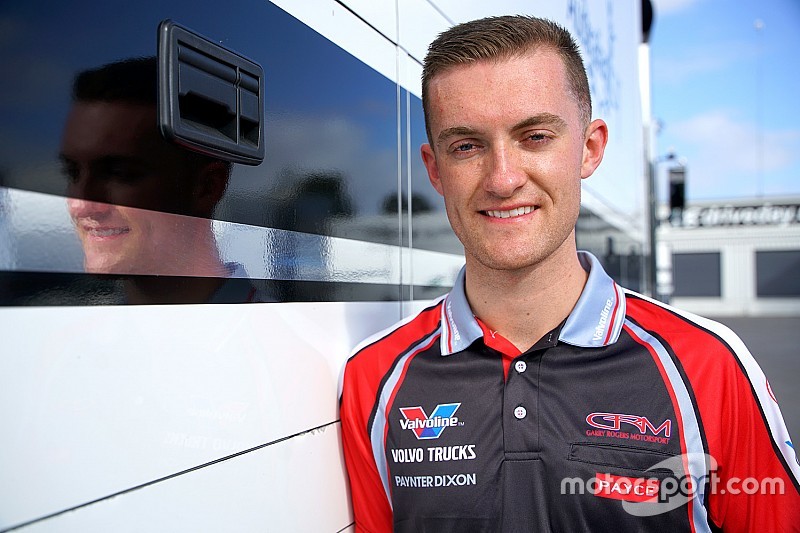 Dylan O'Keeffe will race a one of the Garry Rogers Motorsport Alfa Romeos in TCR Australia this season.

The former Carrera Cup ace already races for the squad in the Super2 Supercars series, and will dovetail that with TCR Australia commitments in one of the team's two Alfas.

The TCR entry won't be fielded solely by GRM, however, with Porsche squad Ashley Seward Motorsport set to be part of a joint programme.

"Ash has played a major part in my racing life since I started in Porsches five years ago, and now I’m obviously aligned with GRM, working for them fulltime and racing with them in Super2,” said O’Keeffe.

“It’s great to see both teams working together and helping each other, and I’m very happy to be a piece of the puzzle.

“I’ve watched some of the TCR races overseas, and they’re always great to watch – the cars are evenly-matched, and they put on close racing with plenty of passing.

“One of the best things about the category is the cars are the same all around the world, so once you’ve learned the right driving technique, you can go and race in other TCR events and know what to expect.”

“I’m expecting the driving style to be completely different to anything I’ve raced before.

“Fortunately, we have the pre-season test tomorrow at Winton, which will give me a chance to learn and understand the car.”

O'Keeffe completes GRM's four-car TCR line-up, with Jimmy Vernon set to pilot the other Alfa, and Chris Pither and James Moffat signed on to race the two Renaults.

The inaugural TCR Australia season kicks off at Sydney Motorsport Park in just under a fortnight.