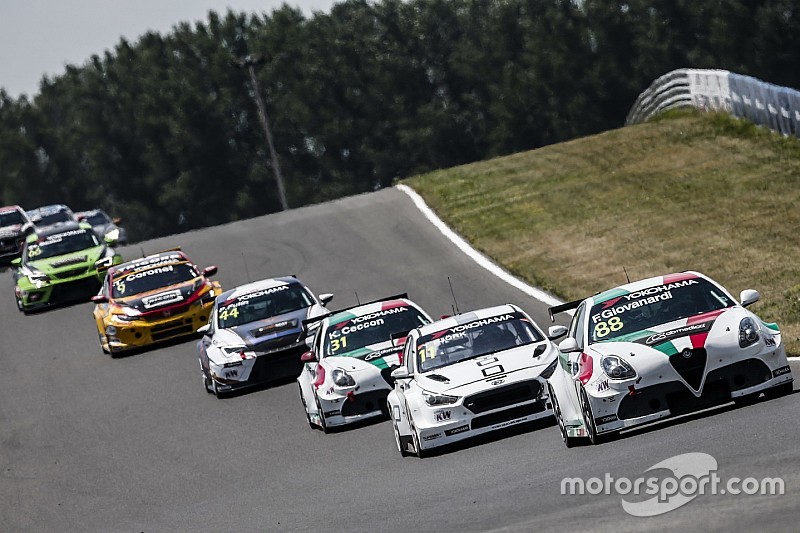 The WSC Group behind the TCR touring car concept has announced it will introduce a standard ECU from 2020.

WSC said a common TCR ECU - for which a supply tender was launched on Tuesday - would help its technical department "to check the performance of the engines of TCR cars and compliance with the TCR technical regulations".

TCR lends its name to a number of national and regional series and also provides the technical framework currently used in the WTCR World Touring Car Cup.

Around 700 cars are believed to have been built to TCR regulations since the concept was drawn up in 2014.

At last month's Slovakia Ring WTCR round, the ECUs in all four Hyundais were seized on Friday night after three of the four cars were excluded from qualifying for boost issues, although the parts were later found to be compliant.

TCR rules currently allow free ECU choice, but "manipulation, modification or disconnection" of an ECU sensor is not allowed in accordance with article 6.4 of its technical regulations, which also state "software and all data sets are frozen and cannot be overwritten".

The common supply tender will be open until September 17, and WSC will announce the successful party on September 30.

WSC said the responsibilities of the selected supplier would be to "develop, produce and deliver the common TCR ECU together with its data logging system in a quantity sufficient to equip all the TCR cars competing in all the TCR Series, Championships, Cups and Classes for the racing seasons from 2020 until 2023".

The agreement between WSC, Eurosport Events and the FIA for the World Touring Car Cup to run to TCR regulations currently runs until the end of the 2019 season.