The TCR International Series kicks off in Georgia 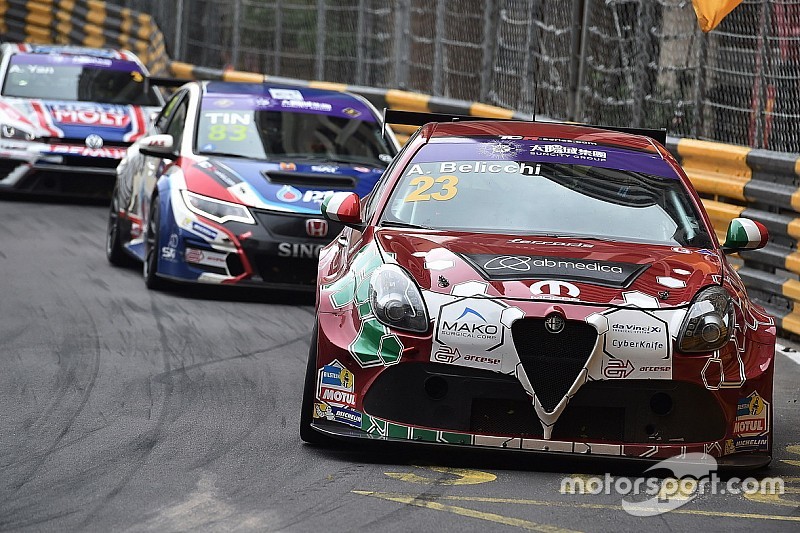 The third season of the TCR International Series kicks off this weekend at Rustavi International Motopark, in an event that makes history for Georgia’s motor sport.

In fact, TCR brings international racing to the Country for the first time ever, to the delight of the many local fans.

The event is supported by the governmental agency MIA Force the president of which, Archil Talakvadze said: "With this race meeting, Georgia claims its position on the world map of automobile racing. This will be a spectacular season opener for those who wish to attend exciting action on the track and discover the stunning landscapes, ancient culture and hospitality of Georgia at the same time."

TCR promoter Marcello Lotti commented: “We are proud and honoured that the Government of Georgia has chosen TCR as the first international series ever to visit their beautiful country. I have personally discovered Georgia’s sights and the warm hospitality of its people when I was in Tbilisi last year, so I am sure that Rustavi will become one of the favourite destinations of our teams.”

TCR competitors will hit the track for the first time on Friday for a two-hour free test session, while official activities will begin on Saturday with two thirty-minute Free Practices and a thirty-minute Qualifying; all drivers will run during Q1 and the fastest twelve will be allowed to participate in Q2.

The first two races of the 2017 TCR International Series will take place on Sunday in the early afternoon.

TCR in Rustavi – the event at a glance

Three titles at stake: Drivers’, Teams’ and Model of the Year

The 2017 TCR International Series will award three titles at the end of the season.

Stefano Comini, Lukoil Craft-Bamboo Racing and the SEAT León TCR are the reigning champions in the Drivers’ and Team’s Championships and the Model of the Year award respectively.

In the Team’s Championship and the Model of the Year award, the best two cars classified of each team and model score points.

The forces at play – round up of the opening event

Though twenty competitors have entered the International Series for the full season, only sixteen of them will take part in the opening race meeting at Rustavi International Motopark.

TCR promoter Marcello Lotti explained why: “The deadline that was fixed to ship the cars to Georgia was very close to the Balance of Performance test, which made life difficult for the teams in the preparation of their programmes. As a result, some of the cars could not be delivered in time for the shipping.”

These are the second cars of Comtoyou Racing, Leopard Racing and Icarus Motorsport, plus both the Zeng ő Motorsport’s KIA cee’d cars.

The full field will hit the track on the occasion of the third race meeting of the season, at Spa-Francorchamps with the FIA World Endurance Championship, while eighteen cars will take part in the second event at Bahrain International Circuit.

The Balance of Performance’s Technical Bulletin will be released on Wednesday, 29 March.