The TCR International Series visits Hungary for the first time 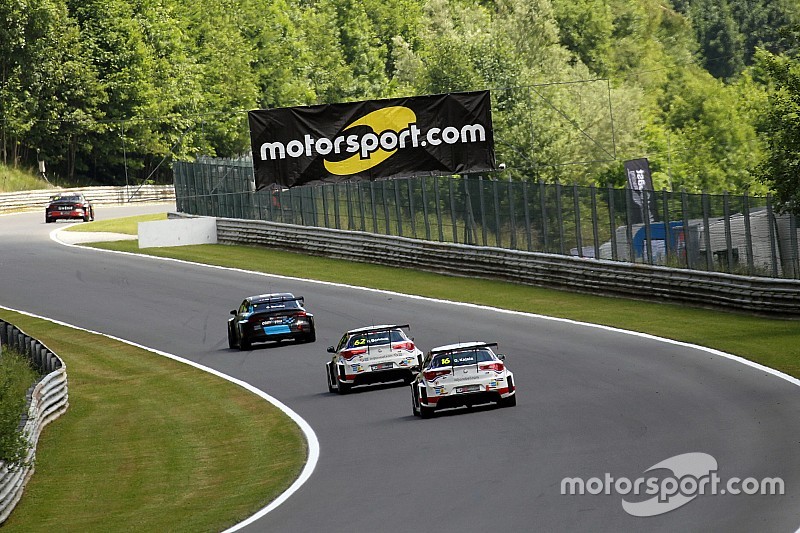 For the first time since it was launched three years ago, the TCR International Series visits Hungary and will race this weekend at the famous Hungaroring.

Built in 1986 near the village of Mogyoród, the circuit hosted the first Formula One Grand Prix to be held behind the Iron Curtain and since then the Hungarian GP has always taken place there. Its layout has been modified twice; in 1989 to remove the chicane after Turn 3 and then again in 2003, when the pit straight was extended and Turns 1 and 14 were modified.

The combination of different kinds of corners and the elevation changes, makes the Hungaroring one of the most interesting and demanding modern racetracks from a driver’s point of view.

Track activity will begin on Friday, with the first Free Practice session. The second Practice will take place on Saturday morning, with Qualifying in the afternoon.

Sunday will be the race day, with Race 1 in the early morning and Race 2 at lunch time.

With a couple of third places at the Salzburgring, Stefano Comini took the leadership in the standings, but also won the maximum Success Ballast for Hungaroring.
Comini was the highest scorer in Austria, with 30 points, only one more than Dušan Borković, the winner of Race 1, who scored 29. Therefore Comini will carry 30 kilos of Success Ballast against Borković’s 20.
Colciago, who won the second race, was the third best scorer and will be given 10 kilos of ballast (Thomas Jäger actually scored the same amount of points, but won’t be racing in Hungary).
As a result, Comini’s Audi RS3 LMS will weigh 1360kg (1285kg minimum weight + 30kg Success Ballast + 45kg Balance of Performance adjustment), while Borković’s Alfa Romeo Giulietta will have a running weight of 1305kg (1285kg + 20kg SB) and Colciago’s Honda Civic 1315kg (1285kg + 10kg SB + 30kg BoP).

The Austrian races shook up the standings

Jean-Karl Vernay was only one of the drivers who had close encounters with the barriers at Salzburgring’s Turn 9 last weekend, although his incident was far less disastrous than Tassi’s, Ficza’s and Huff’s.

However, when the Frenchman’s Volkswagen Golf GTI went off on the last-but-one lap of Race 1, it not only sidelined him for the second race, but also cost him the leadership in the Drivers’ standings that he’d held since the event in Bahrain.

By finishing third in both the Austrian races, Stefano Comini became the new leader for the first time in the current season. The Swiss’ tally of 125 points is only three points better than Roberto Colciago’s, while Vernay has slipped down to third position, twelve points behind his former teammate.

Despite the high speed shunt in which he destroyed his Honda Civic during Friday’s testing, Attila Tassi was able to take part in the rest of the weekend at the wheel of a new car that was hastily trucked from JAS’ workshop in Italy. This helped the young Hungarian to arrive at his home event while lying fourth in the classification, with a gap of 27 points.

Michelisz is the guest star for his home event

After celebrating on the podium at the Salzburgring as the M1RA team owner, Norbert Michelisz will be the guest of honour for this weekend’s TCR International Series event at the Hungaroring.
For his home race meeting, he will be at the wheel of a Honda Civic Type-R run by his own M1RA team alongside regular drivers Roberto Colciago and Attila Tassi.

One of the most highly-rated Touring Car drivers, Michelisz has already raced the TCR-spec Honda, taking part in several rounds of last year’s TCR Benelux series in which he claimed six victories.
"I have two goals for this weekend. The first one is to help Attila Tassi and Roberto Colciago in scoring as many points as possible. Both of them are fighting for the championship and M1RA's main goal is to be successful as a team. I will be a guest driver in the event, so my personal interests are less important. On the other hand I would also like to have a podium finish in front of the Hungarian fans. This would be the best way to give something back them in exchange for their fantastic support," Michelisz said.

Two teams are working hard to make up for the damage obtained at the Salzburgring.

Hungary-based M1RA returned to its workshop with the aim of assembling a brand new Honda Civic for Norbert Michelisz’s debut in the TCR International Series.

The plan for Michelisz’s participation in the Hungaroring event was seriously endangered when Attila Tassi crashed on Friday during a test session at the Salzburgring. In fact, Tassi’s replacement car was originally intended for Michelisz.

However, as there was not enough time to build another car, it was decided to rent a TCR Civic from another team.

Leopard Racing had an even worse weekend in Austria, as both Rob Huff and Jean-Karl Vernay crashed at Turn 9 during Race 1, a few minutes from each other.

Vernay’s Volkswagen Golf was extensively damaged, however it can be repaired. And the team is currently working on stripping and rebuilding it in a temporary workshop near Budapest.
Huff’s Golf, on the other hand, suffered from terminal damage so a brand new car for him has been dispatched from SEAT Motorsport in Martorell, Barcelona. It is due to be delivered to the team overnight between Wednesday and Thursday, which will leave less than thirty-six hours for the team to complete it and check everything before Huff will sit at the wheel for the first practice on Friday afternoon.

The ‘Michelisz effect’ attracts a number of Hungarian drivers

You could call it the ‘Michelisz effect’. In fact, there is no doubt that Norbert Michelisz’s successful career has triggered an avalanche of young Hungarian drivers in different Touring Car series.
It is no wonder, then, that eight locals will make up the majority of the TCR International Series field at the Hungaroring. Two of them are regulars Attila Tassi and Ferenc Ficza, while another is Michelisz himself.

The Zengő Motorsport team intends to do things in a big way at home and has entered no fewer than five cars: one KIA cee’d and four SEAT Leóns.

The KIA will be in the hands of Ferenc Ficza, one of the drivers who escaped spectacular high-speed shunts at the Salzburgring. In the first Hungarian race, Ficza will drop to the back of the grid thanks to an engine change that occurred before the Austrian event.

The four SEAT cars will be driven by Dániel Nagy, Csaba Toth, Csaba Mór and Anett György.
Nagy is the most experienced of the group, having raced for the team in the FIA World Touring Car Championship. He has also already made an appearance in the TCR International Series, two years ago at the Red Bull Ring, when he created a surprise by posting a brilliant third fastest lap in Qualifying.

The Unicorse Team will run a Romeo Ferraris-built Alfa Romeo Giulietta TCR for Márk L. Jedlóczky.
After successfully playing handball, 18-year old Jedlóczky began his racing career in 2014 with three victories from the four slaloms in which he took part. In 2015 and 2016 he competed in the Hungarian FRT Series, a mix of slalom and rally events on asphalt, finishing as vice-champion last year.
During the current season he had his very first experience in TCR cars, driving a Zengő Motorsport SEAT León in the opening event of the FIA Central European Zone Circuit Championship at the Hungaroring, where he dominated the class D6-5 in qualifying and both races.

A second KIA cee’d TCR will be run by Botka Rally Team for István Bernula.
The team, managed by Levente Kazinczky, was among the first to place an order for the STARD-built KIA and has just received the racing car.

István Bernula is the driver who will have the honour of driving the Korean car in its maiden race meeting. Besides racing mostly in Hungary, the 34-year old Bernula has already gained some international experience in the Suzuki Swift (2nd in 2014) and Lotus Exige European cups. Bernula has been a triple Suzuki champion, once in Europe (2015) and twice in Hungary (2015 and 2016).

TCR at the Hungaroring – the event at a glance

Craft-Bamboo Racing confident for championship turn around at the Hungaroring