Saurav Bandyopadhyay pulled off two fantastic overtaking moves on the final lap to claim victory in the second Volkswagen Ameo Class race of the weekend in Chennai. 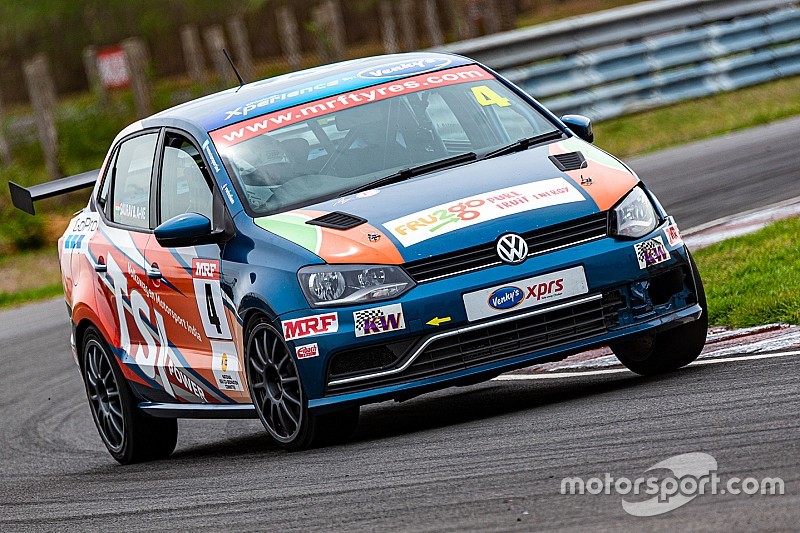 With the top 12 finishers put in reversed order, yesterday’s runner-up Bandyopadhyay started 11th on the grid, just ahead of Pratik Sonawane.

As expected, the two drivers quickly rose up the order when the eight-lap race began, Sonawane jumping up to third by lap five, with Bandyopadhyay not far behind in fourth.

By the final lap of the race the two had caught long-time race leader Avik Anwar, who was struggling with a worn set of tyres.

Heading into turn 2, Bandyopadhyay made a crucial pass over Sonawane and then hauled down Anwar two laps later to complete a fantastic 11-to-first charge.

Sonawane also passed Anwar on the final lap - on the very last turn - demoting the Bangladeshi driver to third.

"I was just since yesterday thinking about it, barely slept last night," said Bandyopadhyay after the race. "It was bad. I came here today feeling very weak.

"I couldn't sleep, I kept waking up, going over scenarios 'okay lap 1, I make a move here or I move there' - running through the scenarios, preparing mentally.

"Yes, I want to win but I was like even second or third place will be good but in the back of my head I was like I want that win.

"On the last lap it felt like these two were a little ahead but they were fighting and I got an opportunity and I was still giving it 100%. I kept telling myself till the chequered flag 'keep at it'.  guess last lap was a little bit of fortune but rest of it I worked hard for it."

Ameo Class front-runner Jeet Jhabakh was one of the two retirees from the race, the other being Bangalore’s Chetan Surineni. 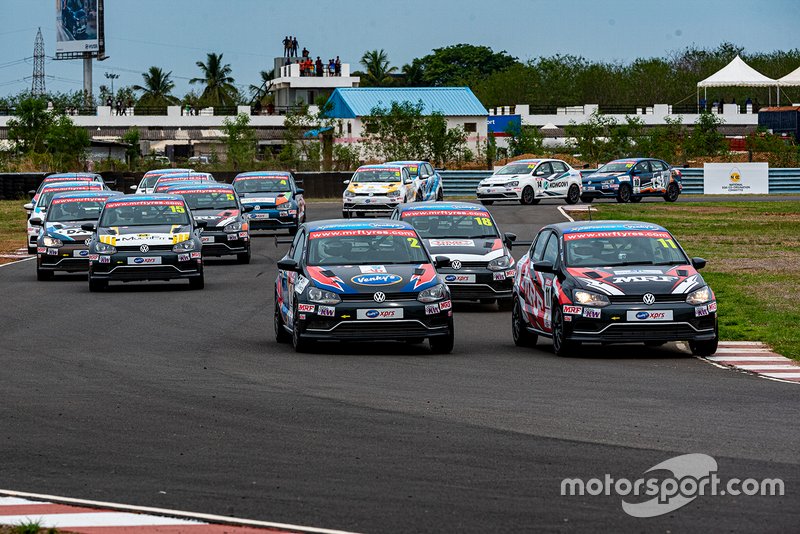