Dhruv Mohite claimed the 2018 Volkswagen Ameo Cup title by finishing second to Jeet Jhabakh in the final race of the season at the Buddh International Circuit on Sunday. 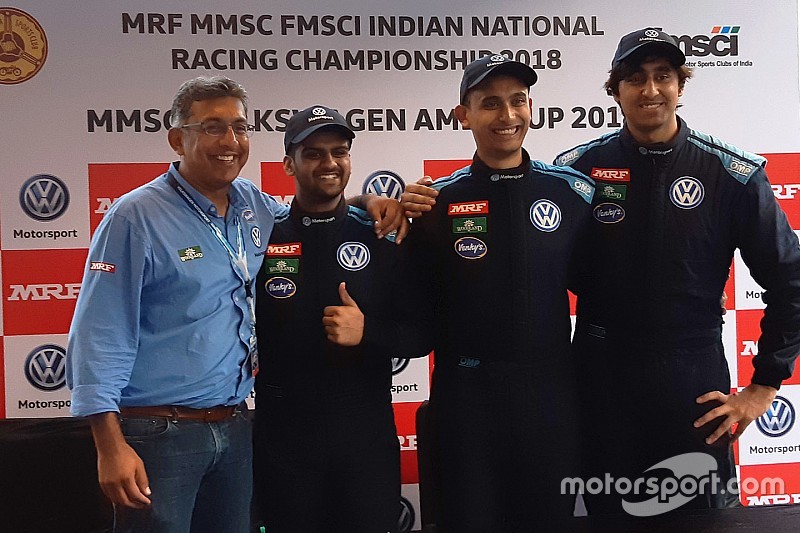 An early safety car, deployed after an incident between Akshay Bhivshet and Tauhid Anwar, gave Mohite an opportunity to snatch the lead, but he preferred not to make a risky lunge given the massive lead he had in the championship.

He eventually finished 0.674s behind Jhabakh in second, garnering enough points to clinch the title in only his second season of touring car racing.

Safwan, at one point, had closed in right behind the leading duo, but lost a position to Singh on the very final tour and ended up fourth in the final classifications.

Saurav Bandyopadhyay, who was Mohite’s nearest challenger heading to Buddh, finished fifth as he continues to recover from dengue.

Jay Sanghrajka finished sixth ahead of Anuranjan Velmurugan and Ayush Tainwala, while Renuka G and Shubhomoy Ball completed the top 10.