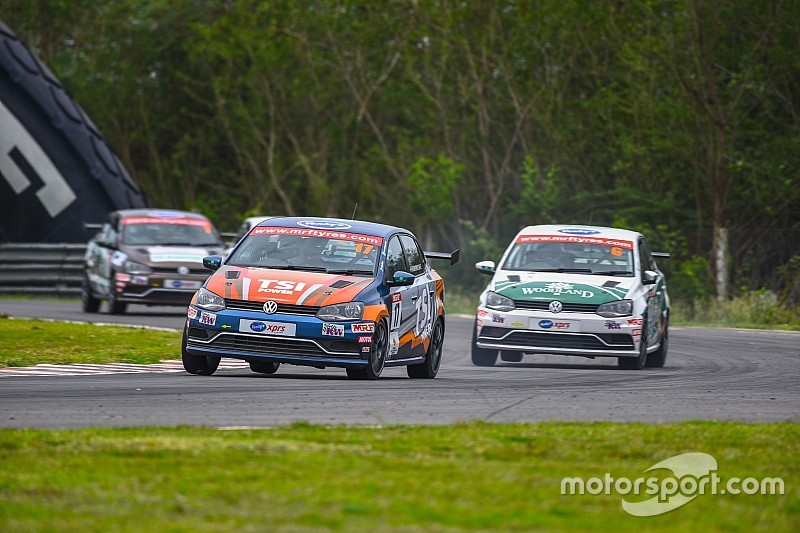 Rookie racer Shubhomoy Ball scored his maiden Volkswagen Ameo Cup win in the third round of the one-make championship in Chennai.

Ball qualified on the front row for the second race of the weekend and made a quicker getaway than polesitter Ameya Dandekar, making a textbook move at turn 1 to move into the lead.

While he could never quite pull away from the rest of the field, he had enough margin in hand to become the first rookie winner of the season.

Affan Sadat Safwan Islam ran close behind Ball for much of the race, but was never in a position to make a pass and eventually finished a second adrift of the Bengaluru based racer.

The drive of the race came from championship leader Dhruv Mohite, who jumped up from eighth to fourth on the first lap alone.

He then started hammering down Siddharth Mehdiratta, sticking a move on lap 6 to grab the final spot on the podium.

Despite a damaged bumper, Jeet Jhabakh also managed to pass Mehdiratta, demoting the Lucknow-based racer down to fifth.

Anmol Singh finished half a second behind in sixth but comfortably clear of Pratik Sonawane, who was carrying bumper damage of his own.

Tauhid Anwar and Rahul Thomas finished a second adrift of each other in eighth and ninth respectively, while Akshay Bhivshet.