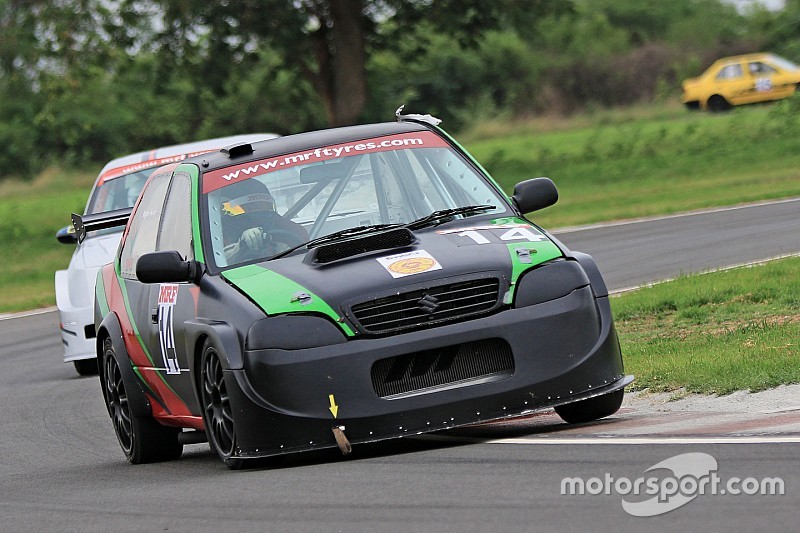 Defending champion Arjun Narendran scored a double win on his return to the Indian Touring Car Championship in Chennai.

After missing the first two rounds of ITC, which is a part of the MRF MRF National Racing Championship, Narendran was immediately back on pace and qualified on pole position for the first race of the weekend.

Despite being challenged by Coimbatore double winner Arjun Balu of Race Concepts, Narendran held firm to take victory by just short of one second, with Ashish Ramasamy completing the podium spots.

In the second race on Sunday, Narendran only started fourth but charged his way through the field to move into the lead by the end of lap 1.

And when Balu retired with technical problems midway through the race, the path was cleared for Narendran to take a clear victory.

Ramasamy inheirted second after Balu’s retirements and the 18 points he scored allowed him to retain the lead of the drivers’ championship.

“I had a good start and managed to get past the three cars in front in the very first lap," said Narendran. "I put in some consistent laps and increase my lead.

"After three laps, I couldn’t see anyone in the rearview mirror as Arjun (Balu) uncle retired, but I wasn’t sure why. So, I guess, it was comfortable in the end.

"I am not sure about my participation in the rest of the season due to personal reasons, but today, I am happy that my team had a clean podium sweep.”