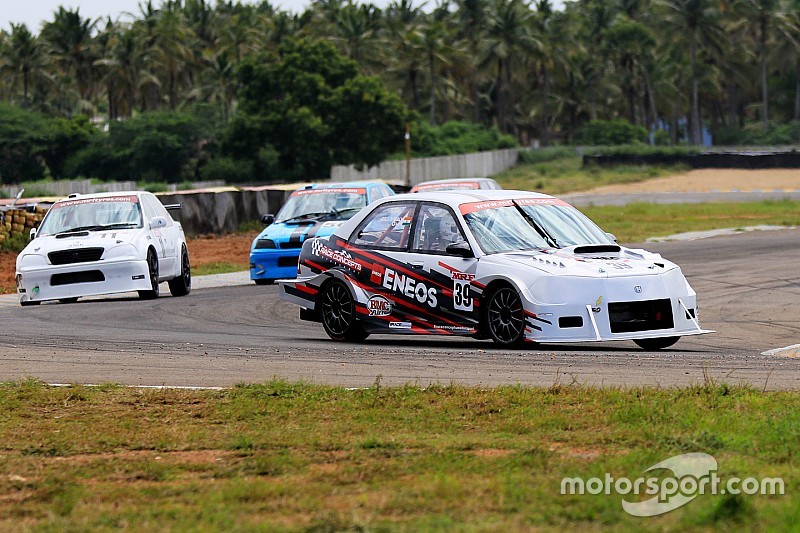 Having qualified on pole position for the weekend’s opening race, Balu gradually started pulling away from rest of the pack and eventually bagged the top spot by a mammoth margin of eight seconds.

“Everything went well in the race and my focus was to put in consistent laps without sacrificing my pace,” the 43-year-old said.

“I could see that after three laps, I had pulled a decent gap. More importantly, this victory is dedicated to my team Race Concepts who worked so hard in the past few days to prepare the car.

“We were a bit nervous after the last minute changes to the car to comply with the regulations. I always respected my competitors and so did not take anything for granted despite qualifying on pole position.”

Vidya Prakash and Vijayakumar finished second and third respectively, the two Prime Racing drivers separated by just over a second at the end of the 15-lap race.

Ashish Ramaswamy, who scored a double win in the season opener in Chennai, was comfortably running in second position until the engine on his ARKA Motorsports-run car blew up, forcing him to park at the side of the track.

Balu doubles up in Race 2

Balu shot up from fourth to second at the start of Race 2 before reeling in the race leader on the following lap.

An early safety car made little difference as he perfected the restart and then began building a buffer for himself en route to his second victory of the weekend.

Ramaswamy made up for Saturday’s DNF with a heroic charge from 11th to second, while Vijayakumar completed the podium spots once again.