Ishaan Dodhiwala put Volkswagen India back on top in the second Indian Touring Car Championship race of the Chennai weekend, but his win was overshadowed by a controversy that embroiled his teammate Karthik Tharani.

Tharani was handed a drive through penalty for not following the correct start procedure, but the multiple National level champion ignored the instruction and stayed out on track. That prompted the race control to issue a black flag as per rules, something Tharani again chose not to obey to.

With Tharani staying out on, yesterday’s race winner Arjun Balu had to pass him on track before he could chase down Dodhiwala, who had moved into the lead at the start of the race.

Balu and Tharani ran side-by-side into the opening sequence of corners on lap 5, the two banging wheels at several occasions, with Tharani just managing to fend off Balu.

On the following lap, Balu dived down the inside of Tharani but came in too hot, running off track and dropping down the order. 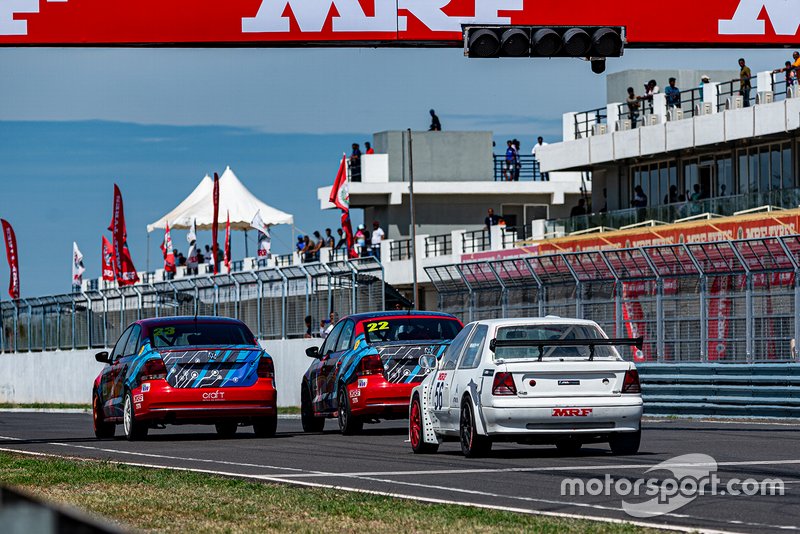 With the threat of Balu dissipated, Tharani overtook Dodhiwala in the final two laps of the race to win on road, but was almost immediately disqualified from the race.

He was subsequently called to the race control to explain the reason behind not obeying the black flags, following which the stewards handed him a one-race ban that will apply for the next round in Chennai.

“The competitor was called to give the explanation as to why he ignored the ‘drive through’ penalty board for five laps and ignored the ‘black flag’ for the remaining three laps of the race,” read a statement from the stewards.

“In view of the fact that the competitor is a highly experienced driver and he is also a driver-trainer, the Stewards were of the opinion that exemplary sanctions should be imposed on this driver and a sentence of not being permitted a start in the next race of this championship (One race only).”

Tharani’s disqualification from today’s race meant Dodhiwala took his maiden victory and third for Volkwagen under the new TC4-A regulations.

Nikanth Ram finished second, while Balu recovered from his off-track excursion to claim the final spot on the podium. 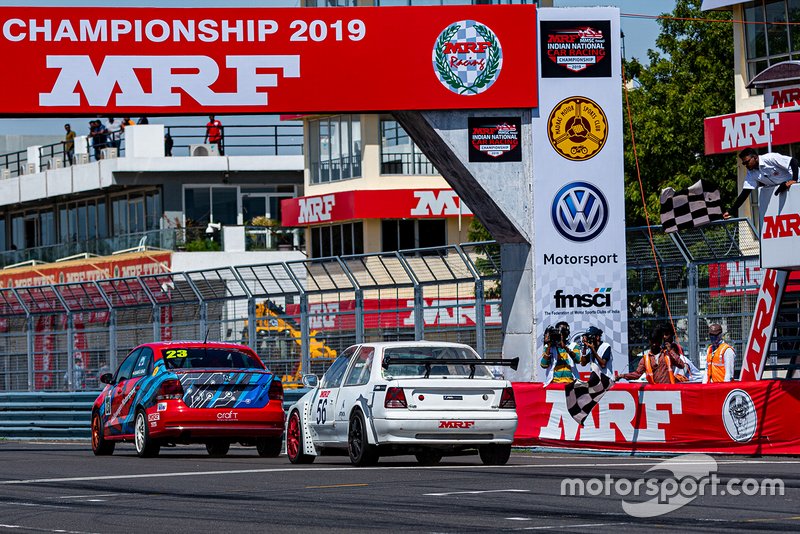