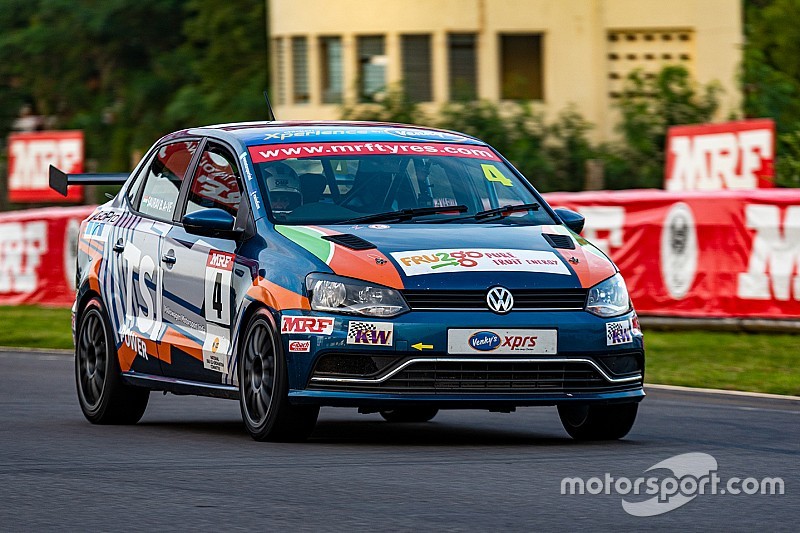 Early morning showers played havoc with the scheduled, forcing organisers to delay all track action until after the lunch break.

However, the track dried up suitably by the time the race began in the evening, with pole-sitter Bandyopadhyay retaining the lead despite a better initial launch from fellow front-row starter Shubhomoy Ball.

That was the only occasion where Bandyopadhyay came under pressure, as he quickly checked out from the rest of the field.

He crossed the finish line with a margin of over four seconds, securing his second consecutive victory in the process.

Ball was also unchallenged as he finished second, seven tenths clear of Pratik Sonawane, who claimed the final spot on the podium.

The rain-shortened six-lap race was headlined by a lengthy duel between Siddharth Mehdiratta and Ayush Tainwala, which saw the two drivers banging wheels at several occasions.

On the penultimate lap their battle came to a head as Mehdiratta dived down the inside of Tainwala, pitching the latter into a spin.

Both Mehdiratta and Tainwala survived the incident, albeit with heavy damage, and were classified fourth and seventh respectively.

Championship protagonist Jeet Jhabakh, who picked up a double win in the Coimbatoe season opener, wound up a disappointing ninth.