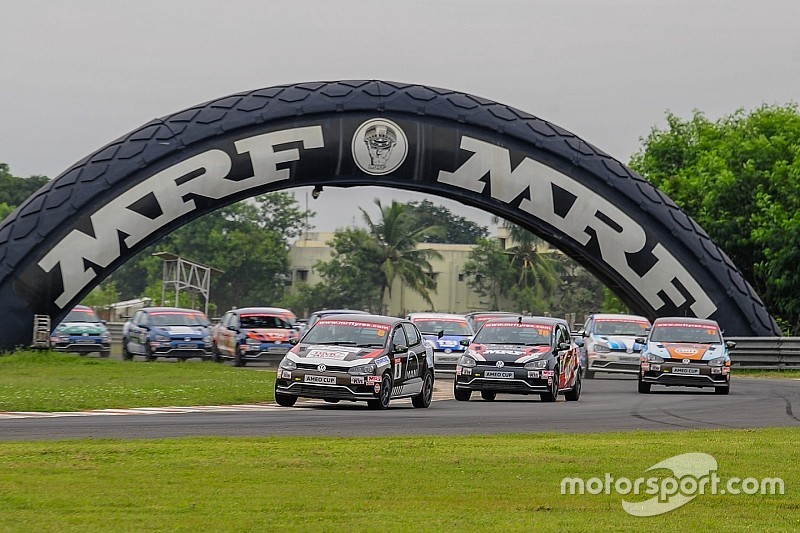 The Volkswagen Ameo Cup has received National Championship status by the Federation of Motor Sports Clubs of India (FMSCI).

Volkswagen India has been running its one-make championship in the country since 2010, with Ameo Cup being its fourth major iteration after the Polo Cup, the Polo R Cup and the Vento Cup.

Although the majority of the races were run on the MRF MMSC National Racing Championship undercard since 2016, the series was merely given ‘Cup’ status by the governing body.

That will change in 2019, with the Ameo Cup now enjoying the same National Championship privileges as the MRF F1600 and Indian Touring Car championship (ITC) that run on the same weekends as the Ameo Cup.

As part of the change, the title winner at the end of the season will be classified as a National Champion.

“We are happy that the FMSCI has recognized the racing series we have been running over the years as a class of the National Racing Championship from this season onwards,” Sirish Vissa, head of Volkswagen Motorsport India, said.

“We have put in a lot of efforts over the years in building up a racing property that is truly of international standards and the recognition of being a National Championship encourages us further to take this to the next level.”

"This is a positive step for us as a manufacturer, and the championship, as the winner will be officially be crowned a National Champion by FMSCI.  This will in turn help our drivers in growing further in their racing careers.”

The Ameo Cup will continue to run the same format as previous years, with 10 races scheduled over the course of four rounds.

The new season will begin in Coimbatore later this month, before the series moves to Chennai for rounds 2 and 3.

The champion will be crowned at the season finale at the Buddh International Circuit in October.