Volkswagen Motorsport India has showcased the first images of its track-only car, dubbed the Polo RX, ahead of its official unveil in Chennai this week.

The car has been designed to celebrate 10 years of Volkswagen India’s motorsport programme and is not road legal, aimed at racing enthusiasts who want a powerful vehicle for track days only.

To achieve that target, Volkswagen decided not to make a car that conforms to any racing or rallying standards, giving its engineers the freedom of design.

The result was a car with a body shell of a Polo and the engine of an Ameo Cup machine.

But instead of fitting the engine under the bonnet, as one normally would, VW decided to go for a radical rear-engine, rear-drive layout.

As the picture below shows, the 1.8-litre TSI engine borrowed from Ameo is fitted inside the boot of the car, with several other changes made to help with the packaging side.

For starters, the fuel tank had to be moved to the front of the car to make space for intercooler below the rear seat. Further, VW’s engineers installed special ducts to maintain the air flow to the engine.

A lot of work was also done on the suspension side to ensure the car handles the way VW wants.

"It is commendable how the team has managed to pull off this project with limited access to high end software and technology.

"Young engineers and technicians in the team have shown real calibre by getting this masterpiece ready in less than three weeks!”

“A rear engine, rear wheel drive car is tremendously different in terms of its performance as compared to our conventional front-engine, front wheel drive race cars.

"With the rear wheel managing the acceleration, the front wheels have more freedom to turn the car sharply and quickly, thereby enhancing its dynamic performance to a great extent.”

VW will officially reveal the car, which comes with Formula 1-like paddle shifters, at the Madras Motor Race Track in Chennai on Wednesday.

The Pune-based manufacturer says the car could be modified in future to suit the requirements for racing and rallying. 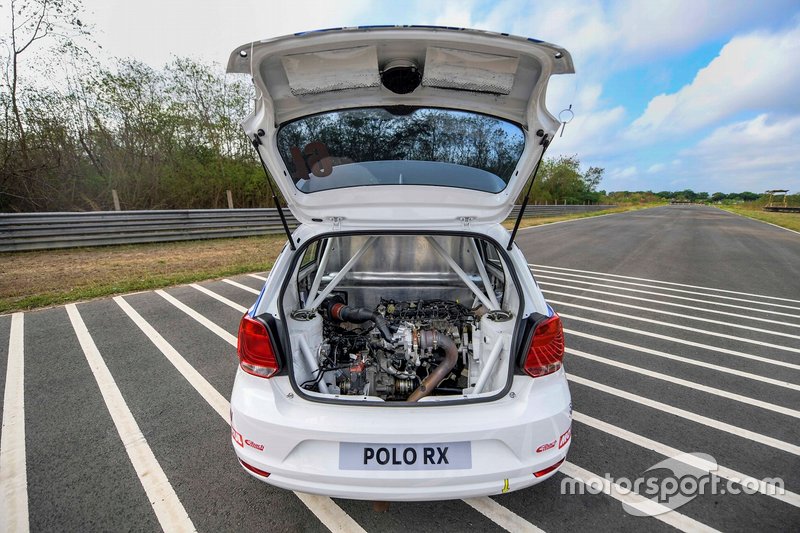