GREENSBORO, N.C. (October 28, 2002) -- Champion Boris Said and the ACS Express Racing Team topped a lengthy list of those receiving awards as the Trans-Am Series for the BFGoodrich Tires Cup held its annual awards banquet Monday night at the ... 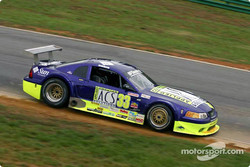 Said (#33 Applied Computer Solutions Panoz Esperante/Ford Mustang) drove to his first Trans-Am Series championship in 2002 on the strength of eight race victories and 11 podium finishes in 12 starts. He won the final five races in a row and became only the third driver in the 37-year history of the Trans-Am Series to win as many as eight races in a season, as well as the first to do it in a season of 12 or fewer events.

In his final start of the year, Said, who had made his first 11 starts of the campaign behind the wheel of a Panoz Esperante, strapped himself into a Ford Mustang and brought Ford the 100th race victory of its storied Trans-Am racing program in the season finale at Virginia International Raceway.

"I've never raced for a championship before," Said commented after accepting $100,000 and the BFGoodrich Tires Cup from Herb Johnson, director of motorsports for BFGoodrich. "But to me, this is not as big a deal as it is to the ACS Express team. For them to have put together a championship effort in just three years of existence says an awful lot about the job [team owners] Mike and Sandy Davis have done."

Said finished the season with 359 points and a 71-point margin over championship runner-up Butch Leitzinger (#88 Tommy Bahama/Tom Gloy Chevrolet Corvette) of Tom Gloy Racing, who finished second with 288 points. Leitzinger, a veteran road racer in his first year in the Trans-Am Series, was the runaway winner of the $10,000 AmeriSuites Rookie of the Year Award on the strength of three race victories and seven podium finishes in 12 starts. 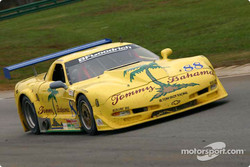 "This season was wonderful, and I am proud to be part of Tom Gloy Racing," said Leitzinger, who led the series with five pole positions.  "For the team to bring me up to speed so quickly speaks volumes for their talent and total professionalism.  With the team closing after this race, I am glad that I, as a driver, had the opportunity in my career to drive for such a fine organization.  This has been one the happiest seasons of my driving career."

Tom Gloy Racing has announced that it will be closing its doors at the conclusion of this Trans-Am Series season.

Three-time Trans-Am Series champion Paul Gentilozzi (#3 Johnson Controls/Microchip/ Matrix One/Futaba Jaguar XKR) of Rocketsports Racing finished third in the 2002 championship with 270 points. It marked his fifth straight season of finishing third or better in the title chase, including championships in 1998, '99 and 2001.

"Having competed in this series for 16 years, I understand that you value your championships by the guys that you beat to win the title," said Gentilozzi, who won the season opener at Long Beach and finished the year with four podium finishes and eight top-five results. "Mike Davis and Boris Said are a championship team, and they deserve everything they've accomplished this season."

Special awards were also presented to Leitzinger as AmeriSuites Rookie of the Year, while veteran Randy Ruhlman was selected as the BBS Wheels Most Improved Driver, by vote of his fellow drivers.

Ruhlman (#49 Preformed Line Products/Coyote Closures Chevrolet Corvette) finished seventh in the championship  and recorded the first two podium finishes of his career at Trois-Rivieres (second) and Miami (third). He finished eighth or better in nine of the first 10 races of the season.

Johnny Miller (#64 Automation Direct/Eaton Cutler-Hammer Jaguar XKR) gave Rocketsports Racing a three-four finish in the drivers' championship by taking fourth place with 258 points. He finished sixth or better in 10 of 12 2002 starts, including three podium finishes, and owns a run of 23 top-10 finishes in his past 24 starts, dating to a victory in the 2000 season finale at San Diego.

Stuart Hayner (#02 Trenton Forging Chevrolet Corvette) made Revolution Motorsports' first Trans-Am season a successful one by taking fifth in the championship with 254 points. He finished seventh or better in 10 of 12 starts, including his last nine, with three podium finishes and two pole positions. 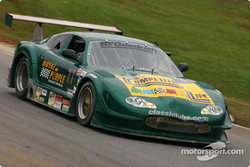 Other awards were presented to Paul Fix (#77 Competition Life Insurance/Hotel Monaco/Royal Purple Synthetic Oil Jaguar XKR), who earned the Westward Tools Tough Team Award for advancing the most combined places over the course of the season; Hayner, who was tabbed in an Internet vote as winner of the Westward Tools Tough Times Award for facing the most adversity during the 2002 campaign; and Rocketsports Racing, which claimed the Team Excellence Award by vote of the Trans-Am Series staff for its support of Trans-Am Series marketing and public relations initiatives.