Trans Am heads to Mid-Ohio, set for 59-car entry and return of Tommy Kendall 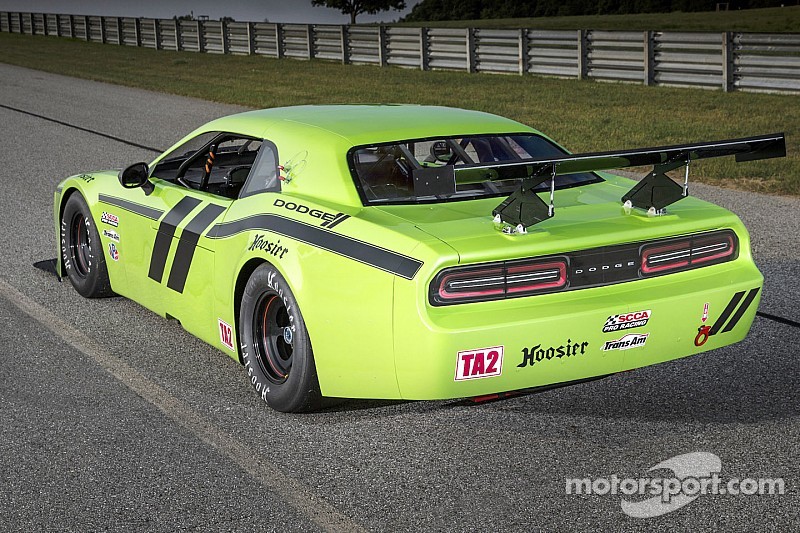 LEXINGTON, Ohio – As the Trans Am Series heads to Mid-Ohio Sports Car Course with 59 cars in tow for The 3-Dimensional Services Next Dimension 100, one of those entries will mark the return of four-time Trans Am Champion Tommy Kendall.

Kendall is set to begin his second stint in Trans Am this weekend, Round 6 of the 2014 Trans Am Championship, as a member of Miller Racing, behind the wheel of the iconic No. 11, this time a Dodge Challenger SRT—the completion of the pony car trifecta in TA2.

“I’ve wanted to return to Trans Am competition for the longest time, and then I finally kind of accepted that it wasn’t going to happen,” said Kendall.  “It’s funny how things work.  Being coaxed back into the VIPER GTS-R program back in 2012 helped pave the way to my return.  Over the last 10-15 years, I’ve committed to only doing things that are fun.  Trans Am was a huge part of my professional life and to get to play a small part in keeping up the visibility here is really exciting.”

“Tommy is a generational talent,” said John Clagett, President of The Trans Am Race Company.  “And we’re overjoyed to have him back home in Trans Am.  Having Tommy and Miller Motorsports spearheading the Dodge platform in TA2 is a huge bonus. There’s no denying the awe-inspiring power and performance of the TA class, but our goal in TA2 has always been to resurrect the pony wars, real rivalries between iconic American cars.

With the Ford Mustang, Chevrolet Camaro and Dodge Challenger all present, combined with a 25-car entry, the class is well on its way

Now with the resurgence of these iconic makes across the United States, we wanted to incorporate them back into Trans Am.  With the Ford Mustang, Chevrolet Camaro and Dodge Challenger all present, combined with a 25-car entry, the class is well on its way.”

Also making the transition alongside Kendall will be TA2 Champion Cameron Lawrence, who currently holds a 35-point margin over second place.

“We definitely want to continue the success we’ve had, and we’re really excited to bring Dodge on board,” said Lawrence.   “We want to stay on top and keep the season rolling with the momentum we’ve had.  We’re dedicated to producing wins for Dodge and SRT Motorsports this season; and although it’s going to be tough changing platforms halfway through the season, we’re going to do our best to get the Dodge Challenger SRT into victory lane.”

“We wanted to make a body that truly encompassed the spirit and design of the 2014 Corvette Stingray,” said Jim Derhaag, owner of Derhaag Motorsports.  “The body had to be the culmination of everything Corvette, fitted for the TA platform.   The result is a future Trans Am icon —something we’re very proud of and a product representative of the quality expected from the Derhaag Motorsports name.  It is the future of the TA class and the future of Trans Am; I can’t wait to see it fly around the track.”

Peterson currently leads Ruman by 14 points as the Series prepares for the second half of the season, and a victory at Mid-Ohio will go a long way towards each driver’s championship hopes.  Also of note is the attendance of former Champion Tomy Drissi, in the No. 4 Tony Ave Racing Chevrolet Corvette, as well as current competitors John Baucom and Kerry Hitt who along with Simon Gregg round out the top five in the TA class points.

TA2 will feature a class record 25 entries, with pony cars of American-make taking center stage.  As Lawrence and Kendall focus on getting the Dodge Challenger SRTs up to speed they’ll have their hands full with current runner-up Adam Andretti, in the No. 44 Engineered Components Chevrolet Camaro, NASCAR Nationwide Star and Ty Dillon, in a Miller Racing Camaro, and Mike Cope Racing duo Kevin Poitras and Ron Keith.

TA3 International will also be active

TA3 will also feature a record entry of its own with the American Muscle Group featuring a 10-car show, with two-time defending Champion Chuck Cassaro, driving the No.  76 StackData/Aeromotive/Metallica Ford Mustang, hanging onto a one point lead over rookie Ernie Francis, Jr., in the No.  9 Breathless Performance Chevrolet Camaro.   Dean Martin and Todd Napieralski will also compete as threats to finish atop the podium.

TA3 International will also be active with current points leader Russ Snow, in the #20 Carbotech Chevrolet Corvette, pitted against Clint Sawinski, in the No.  94 Temp Air Porsche Super Cup, and Jerry Greene, in the No. 93 Ever Greene Jewlery Porsche GT3 Cup.  Snow is currently leading the Championship hunt and a strong outing would go a long way towards either increasing his lead.

Before sessions, Trans Am encourages all fans to visit the cars and drivers in person, with all tickets serving as a cold pass to the Trans Am paddock.  The Series will also be conducting a free drivers’ autograph session at 9:30 a.m. on Saturday, with open attendance for all.

Ruman has Trans-Am championship on her mind