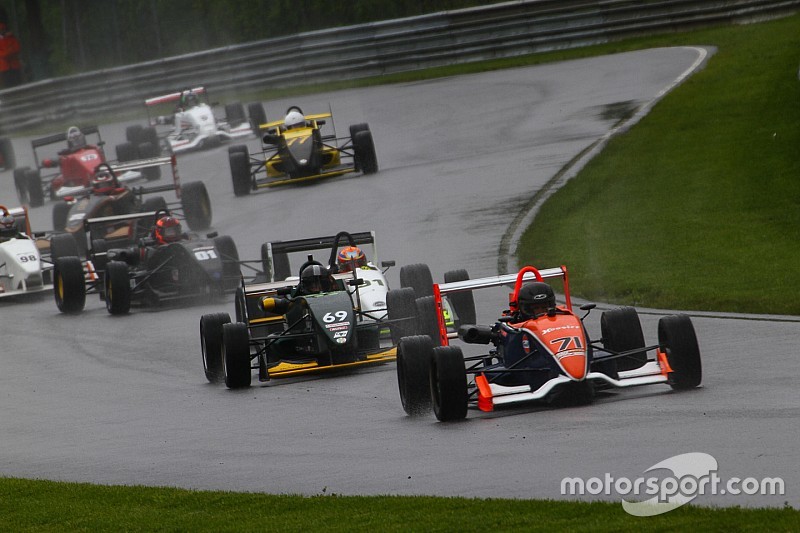 October 14, 2015 – Continuing to foster the next wave of up-and-coming drivers in the world of professional motorsports, Andersen Promotions and Mazda Road to Indy along with the MAXSpeed Group are pleased to announce today the 12 finalists chosen for the 2015 Driver Advancement Program. Following a successful launch last year, the 2015 edition of the program was opened to participants from all countries that competed in a MAXSpeed Entertainment promoted event in 2015.

It will not be easy to narrow this group down to our four winners.

Following the completion of a Driver Advancement Program application, the candidates were narrowed down to a group of 12 based on selection criteria. The competitors who have been chosen will now enter a final interview process with Verizon IndyCar drivers Josef Newgarden and Simon Pagenaud, Andersen Promotions COO Michelle Kish and Boisclair, who will select the four winners.

“Once again, we had an outstanding group of applicants and I would like to congratulate our 12 finalists,” said Kish. “I look forward to learning more about these drivers during the interview process. It will not be easy to narrow this group down to our four winners."

The videoconference interview process will begin immediately. The winners will be announced during the US Open series finale at the Rio All-Suite Hotel and Casino in Las Vegas, Nevada. From there, the four winners will take part in a one-day test in the Cooper Tires USF2000 Championship Powered by Mazda during off-season testing.