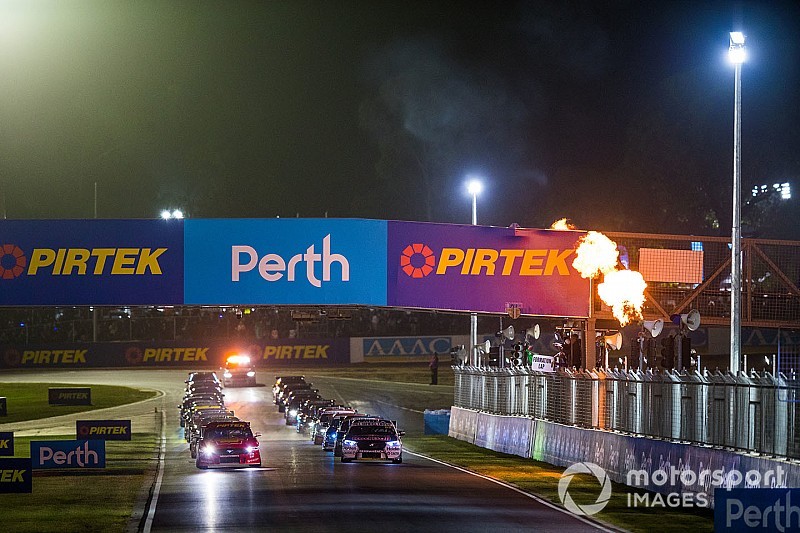 There could be more twilight on the 2020 Supercars schedule, as the category continues to look at future race formats.

At least two events under lights are set to form part of the 2020 schedule, starting with a return of the Sydney SuperNight round that was used to trial the night time format in 2018.

The race was then dropped for 2019, however its return for 2020 was announced along with the 2019 schedule.

It was originally thought the Sydney race would be early in the season, perhaps even the opening round, however a mid-year slot now seems more likely.

The Perth SuperNight, which debuted this year, is also hotly-tipped to return next season providing a new agreement can be struck between Supercars and the West Australian state government.

There could be other twilight events too, with Queensland Raceway one of the circuits rumoured to be considered for evening running.

"More twilight and night racing is something we are looking at in the future," read a statement provided to Motorsport.com from Supercars.

"When and where they may happen is still under discussion."

There could also be changes to the SuperSprint format for 2020, with a pair of identical races rather than a shorter race on Saturday and a longer race on Sunday.

However the series is investigating moving to a pair of 200-kilometre, two pitstop races instead.

“If we’re able to deliver a higher quality product throughout the weekend and make the racing more interesting by going a little bit longer, then we’re going to do it,” Supercars CEO Sean Seamer told the category's official website.

The 2020 schedule is expected to be announced in mid-July.