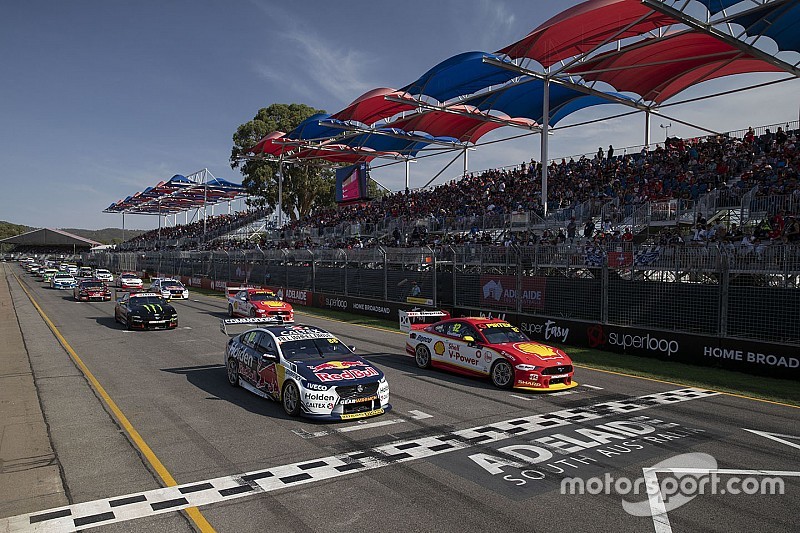 The Adelaide 500 has retained the opening slot on the Supercars calendar for 2020, with the event moving to the third weekend in February.

The street race will be held between February 20-23 next year, continuing a current stint as the opening round that stretches back to 2012.

While that date is a week earlier than the event's usual early March slot, the season is still starting significantly later than was anticipated at the height of the 'summer series' discussions.

There had been rumours that Sydney Motorsport Park could host a twilight round in January, although the recent confirmation of the 2020 Bathurst 12 Hour date put paid to that theory.

According to South Australia's Minister for Trade, Tourism and Investment David Ridgway, retaining the opening round is a coup for the state.

“The Superloop Adelaide 500 is a world-class motorsport event which has injected more than $600 million into the state’s economy since its inception, created more than 400 fulltime jobs and regularly attracts crowds of more than 250,000 visitors a year,” said Ridgway.

“Securing the season opener is a real coup for the state and reaffirms our reputation for delivering exceptional events.

“We look forward to attracting the attention of the country’s motorsport enthusiasts and, once again, stage an event which sees flow-on benefits for the city’s hotels, bars, restaurants and retailers.”

Supercars CEO Sean Seamer added: “As one of the country’s largest and most successful major events, the Superloop Adelaide 500 is one of the standouts of our racing season each year.

“The incredible range of entertainment on and off track as part of a month of festivities in Adelaide sets it apart as a great celebration for the city.”

Supercars shortcut rule to be investigated