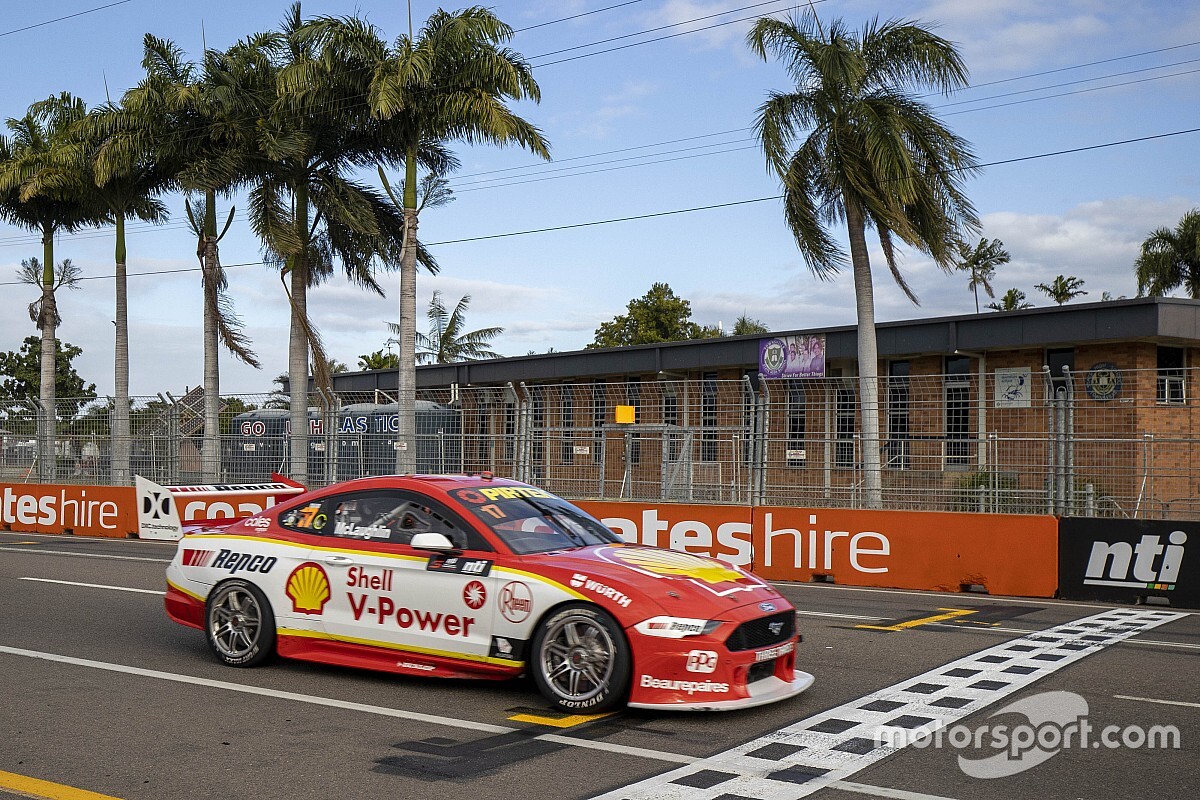 Scott McLaughlin and Shane van Gisbergen shared the spoils in the opening two Supercars races at Townsville, as Jamie Whincup lost ground on his title rival.

DJR Team Penske driver McLaughlin qualified on pole position for Race 1 and led virtually every lap to score his 10th victory of the season.

Van Gisbergen retired from Race 1 with a power steering issue, but bounced back on Sunday to claim his first victory of the season - and the 200th for Triple Eight in Supercars' history.

The Kiwi followed that up with a charging drive from 12th on the grid to take an unlikely win in Race 3, aided by a late safety car deployment.

Whincup finished second to make a one-two result for T8, while McLaughlin held on to third ahead of Mostert.