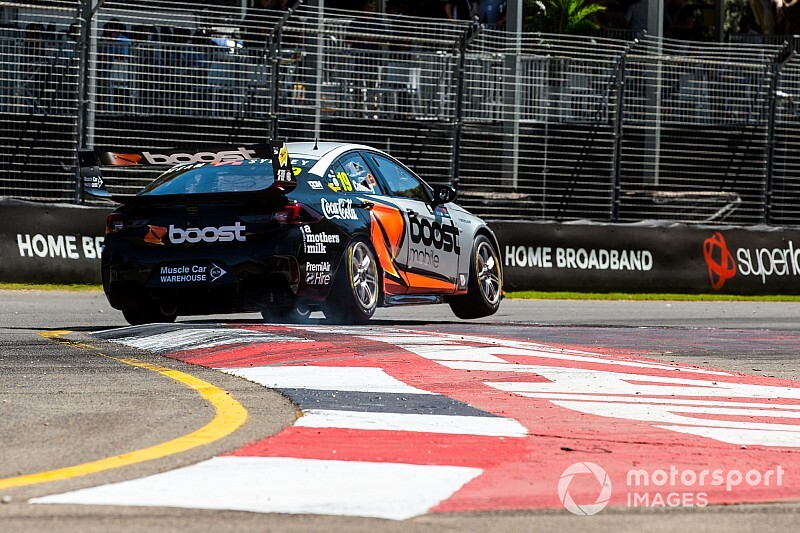 Adderton, famously outspoken, took to Instagram to respond to news that the Jonathon Webb-run Sydney squad will continue to run two cars following its shock split with James Courtney.

Boost Mobile, which had joined the Team Sydney effort on the eve of the Adelaide 500 in a last-minute deal brokered by Courtney, announced immediately that it would follow its driver out the door.

According to Adderton, a hastily-expanded Tekno Autosports team isn't the right fit for the big push into the vacant Sydney market that was envisaged by the New South Wales government, Supercars and the Australian Racing Drivers' Club.

"I am writing this not as founder of Boost, but as a guy who grew up in Sydney," he wrote.

"Honestly when is [Supercars] going to stop this charade. This team is ill-prepared, underfunded, and, frankly Team Sydney is a national embarrassment to the sport.

"As someone who grew up in western Sydney, only a few [kilometres] from Sydney Motorsport Park, this is so sad to see.

"It also has me now questioning if they allow this to continue, [Supercars senior] management along with [New South Wales and [Sydney Motorsport Park], if they don't step in and give it to a team that will commit to guaranteed funding. A senior team who has the management and staff to support it, and cars that are not made from the spare parts division of [Triple Eight].

"Nothing against Tekno, for sure they tried. But it's time to move on... as a Sydney motorsport fan this is killing me."

Team Sydney's driver line-up for next week's Albert Park round is yet to be fully confirmed, although Chris Pither did ease some of the uncertainty by confirming he'll continue with the team.

Webb, an accomplished driver with Bathurst 1000 and Bathurst 12 Hour titles to his name, does have the option of stepping in if required.