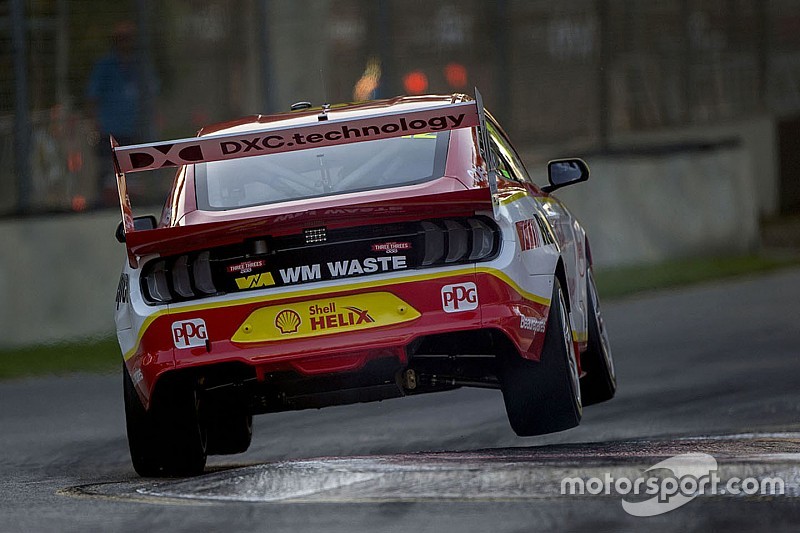 Fabian Coulthard stormed to a debut pole position for the brand new Ford Mustang ahead of the Supercars season opener in Adelaide.

Having been third quickest in yesterday's regular qualifying session, Coulthard was unstoppable in the single-lap dash to determine the first five rows of the grid for today's opening 250-kilometre leg.

The Kiwi was the only driver to break the 1m20s barrier, his 1m19.891s leaving him a full three-tenths clear of the field.

“It’s been a real effort to get these Mustangs on the grid and to get the first pole for a Mustang is pretty special, I can’t thank everyone enough,” he said.

“It’s awesome for my confidence, it’s good to know that we’re on the way back. It’s a long way to go until November in Newcastle, but we’ll give it a good go.”

Jamie Whincup will start from the outside of the front row, losing out to Coulthard compared to regular qualifying, but making the spot back thanks to provisional polesitter Scott McLaughlin dropping back to third.

Cam Waters made it three Mustangs in the top four in the Monster-backed car, while Shane van Gisbergen made up a pair of spots to go from seventh to fifth.

David Reynolds made decent ground after running second, moving up to sixth ahead of Will Davison.

Nick Percat was the biggest loser compared to yesterday's session, dumping four spots as he slipped back to eighth.

James Courtney went from 10th to ninth, followed by Rick Kelly who dropped to the outside of the fifth row.