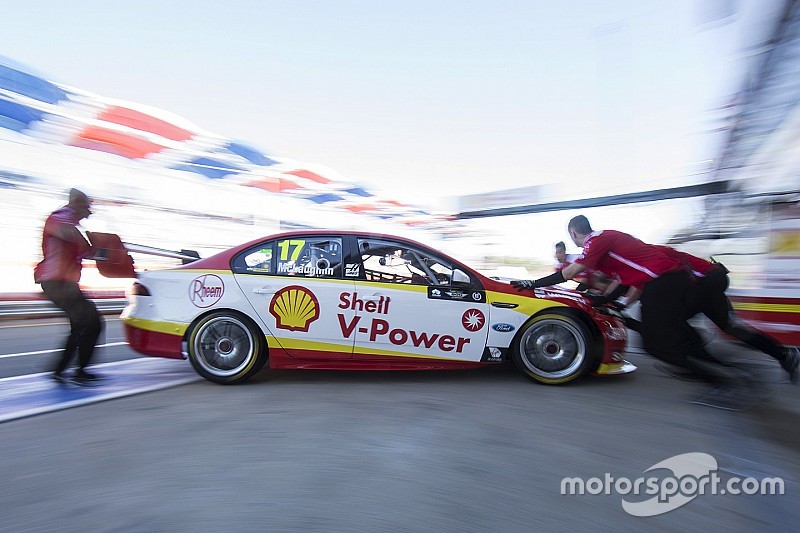 Scott McLaughlin will run last in the Top 10 Shootout after topping regular qualifying on the streets of Adelaide.

The DJR Team Penske driver made the best of the happy hour in the final five minutes, firing to the top with an impressive 1m19.690s on his final run.

"We worked very hard overnight with the car. [Engineer] Ludo [Lacroix] has tuned it up a beauty, it’s a lot better,” he said.

“It had a lot more turn. I needed that to get through the corners faster and get back on the gas.

“We know we have our work cut out in the Shootout, these guys are very good in Shootouts.”

Garth Tander was the surprise of the session, a very late lap leaving him best of the rest in fourth.

Andre Heimgartner was another surprise addition to the Top 10, his final lap putting him seventh as he continues an impressive debut for Nissan Motorsport.

Nissan teammate Michael Caruso was next in line, while Cam Waters hung on to a Shootout spot despite not improving on his final run.

Tim Slade was the unlucky man on the bubble in 11th, while for the second day in a row Fabian Coulthard missed out on the Shootout, the Penske driver just 12th fastest.

James Courtney was another big name to not make the Top 10, yesterday's second-place finisher caught out by a damaged rim.

“We damaged a wheel on Friday when we touched the wall through Turn 8," he said.

"It buckled the wheel slightly and somehow it stayed in circulation and it was on the car then.

“It had a mad vibration which caused a lot of knock-off, so it was really inconsistent. Then the wheel was bouncing so it’s hard to stay connected.

“We didn’t have enough fuel to do another run, so it wasn’t the session we wanted. But the car was quick in the race yesterday, so we’ll see how we go today.”