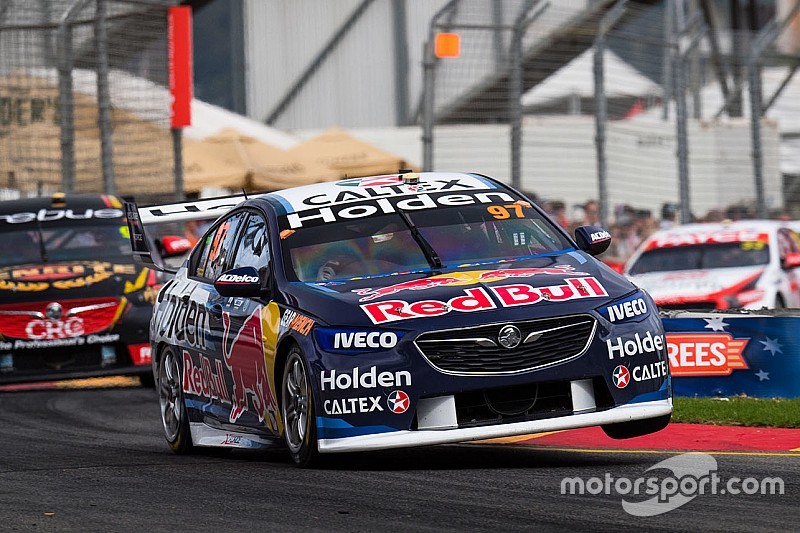 Whincup, running third last, set a heck of a benchmark for his teammate to overcome with a 1m19.591s. However van Gisbergen was up to the task, edging Whincup with a 1m19.583s to go fastest.

That was too much for provisional polesitter Scott McLaughlin, who slipped back to third on the grid with a 1m19.759s after running last.

The pole was van Gisbergen's second for the weekend, coming after he controversially topped yesterday's Shootout despite claims of a track limits infringement.

"Maybe we’ll have to wait for the Ford teams, they’ll find something to protest," joked van Gisbergen.

"It’s pretty awesome. Thanks to the team, we’ve got two cars on the front-row, they’ve done an amazing job. I’m pretty privileged to drive something as good as this.

"The race should be good, we’ll be able to push hard. I’m looking forward to a good battle."

David Reynolds made up a couple of spots compared to regular qualifying with an impressive 1m19.887s in the Erebus Commodore, while Mark Winterbottom also made progress, moving from seventh to fifth on the grid.

Cam Waters was the biggest improver, running first in the Shootout but ending up sixth fastest, while teammate Chaz Mostert went two spots in the wrong direction after tagging the wall on the exit of Turn 8.

"I had a big crack, turned in where I did in qualifying and it just understeered a little bit and I wider than I wanted," he said. "Once I got back on the loud pedal I wasn’t going to back off.

"It damaged the car a bit for that last sector, it was a bit sloppy, but I wrestled it across the line and got a time still."

After starring in regular qualifying Garth Tander went backwards in the Shootout, dropping from fourth to eighth.

Michael Caruso ended up right where he started in ninth, while fellow Nissan driver Andre Heimgartner will start 10th after having his lapped scrubbed for triggering the track limits system at Turn 1.