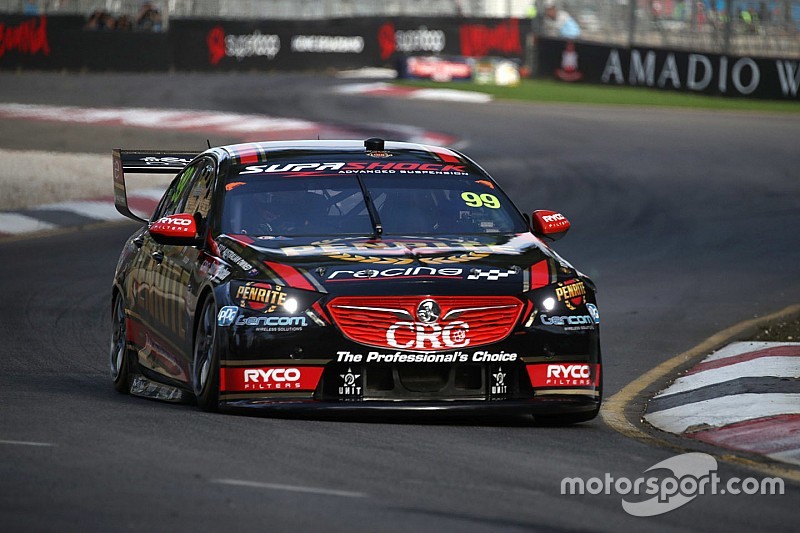 Anton De Pasquale kicked off the 2019 Supercars season by topping opening practice on the streets of Adelaide.

The likes of Scott Pye and Chaz Mostert enjoyed brief stints on top in the early part of the session, before a 1m21.506s Fabian Coulthard's left him in control for the majority of the half-hour hit-out.

It wasn't until the last-minute Happy Hour that the Kiwi was knocked off P1, Erebus driver De Pasquale putting in a two-lap stint to go quickest with a 1m21.162s and then put top spot beyond doubt with a 1m20.895s.

"It’s good to start the year off on a high, I think it’s the first time I’ve topped a session too," he said.

"It’s good for the boys and girls, heaps of confidence for the rest of the season.

"It’s only early days, so I don’t know what everyone else is doing with tyres and all of that stuff, but it’s good to start on a high."

Lee Holdsworth was another late improver to slot into second on debut for Tickford, making him the best Mustang driver, while Coulthard improved to a 1m21.237s to hang onto third spot.

Shane van Gisbergen was the best of the Red Bulls in seventh, Mostert slipped back to eighth, Will Davison ninth and Pye rounding out the Top 10.

Scott McLaughlin was just 12th fastest, although his session was interrupted by a stoppage with 18 minutes to go when his brand new Mustang shed its power steering belt.

The resulting loss of both power steering and oil pressure meant McLaughlin had to be towed back to the garage, his session done.

"Our car felt really good. We were on a race run there and just having a bit of a fun time," the reigning champion said.

"The Shell V-Power car felt good, but we just had a bit of a problem there engine-wise.

"It’s a good start for everyone, unfortunately a little thing went wrong on my car, but Fabs is up there."

McLaughlin still ended up one spot better than Jamie Whincup, who was just 13th in his Red Bull Holden.

James Golding was the first driver to find the new Turn 7 tyre wall, the GRM driver tripping over the inside kerb on his way into the corner. It was a minor hit, although not being able to extricate himself meant the session was briefly stopped.

He ended up getting back out with a patched up Boost Holden, finishing up 21st fastest.